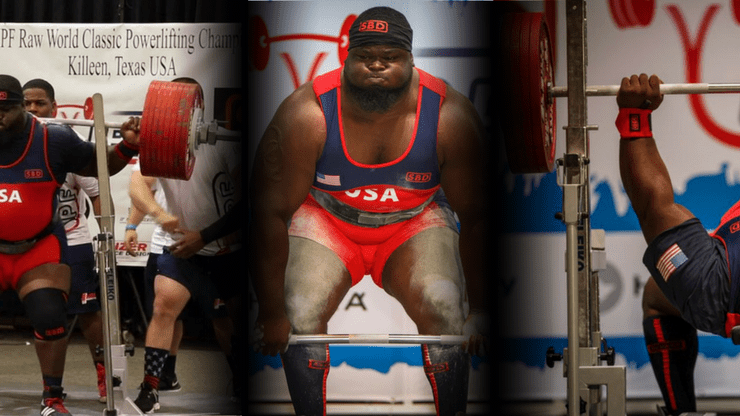 Find out who holds the world record in the bench press, deadlift, and squat, plus other fun powerlifting facts

For as long as there have been heavy objects, people have trained their whole lives to lift the seemingly unliftable—and many have gathered to watch those strong men and women attempt these incredible feats of strength, from Excalibur to the World Deadlift Championship.

Back in the old days, people told long tales of these muscular mavens. Today, we have powerlifting records to let you know who holds the record for the heaviest bench press, deadlift, squat, and overall total.

So without further ado, allow us to introduce you to some of the strongest men and women on the planet.

What Counts as an “Official” Powerlifting Record?

For the sake of this article, we’ll be looking at the powerlifting records recognized by the International Powerlifting Federation (IPF), the international governing body that oversees the sport of powerlifting.

In addition to there being other powerlifting federations, powerlifting records are often set outside of IPF events (such as at Strongman competitions), so there may be some cases where there are heavier lifts than the ones listed here.

In those cases, we’ll let you know who holds the current world record for each lift.

Equipped powerlifters: By contrast, equipped powerlifters can wear as much supportive gear as possible. Things like bench and squat suits, knee wraps, and weightlifting belts often allow lifters to accomplish a much heavier lift because some of the strain is taken off their muscles. This is why you’ll see much higher numbers in the equipped category than in the classic.

A Note About Weight Classes

Like wrestling, powerlifting separates its competitors into different weight classes to prevent a 125-pound lifter from going up against someone weighing 300 pounds. Each competitor must weigh in before the competition to ensure they have not gone under or over their weight class.

Who Holds the Classic Powerlifting Record for Men?

Let’s take a look at the classic powerlifting records for men. We’ll show you the winners for each weight class, their team, how much they lifted (in kilograms), their bodyweight (also in kilograms), and when and where they accomplished it.

Although not on this list, American Danny Grigsby holds the world record for the heaviest non-equipped deadlift at 1,074 pounds.

Although American Ray Williams is the winner on this list, he actually has a heavier squat to his name. Williams performed a raw 1,080-pound squat at the 2019 Arnold Classic.

Iranian powerlifter Danial Zamani technically holds the world record for the heaviest raw bench press at 804.7 pounds. He’s the first human to bench more than 800 pounds without a benching suit, though it was done in training and not at a competition (a video of his lift was posted to social media).

The heaviest raw bench press done in competition was accomplished by American Julius Maddox, who benched 782 pounds at February 2021 powerlifting meet. Maddox has benched heavier weights in training, with his heaviest being 796 pounds.

Who Holds the Equipped Powerlifting Record for Men?

Now let’s see what the powerlifting rankings are for equipped powerlifters.

This one is controversial for a few reasons. Technically, the world record for heaviest equipped deadlift belongs to Game of Thrones star Hafþór “The Mountain” Júlíus Björnsson, who in May 2020 performed a 1,104.5-pound deadlift at his home gym in Iceland.

Björnsson planned to perform the lift during a competition before the COVID-19 pandemic caused all live events to be canceled. As a result, some question the legitimacy of his record because it was not done at a live event. Björnsson beat the previous record of 1,102 pounds performed by Eddie Hall in 2016 (Jamal Browner has also accomplished a 1,102-pound lift).

To add further controversy, Polish strongman Krzysztof Wierzbicki posted an Instagram video in April 2023 where he seemingly deadlifts 1,107.8 pounds but used a sumo stance, which is wider than the conventional deadlift setup. Some in the powerlifting world discredit heavy lifts done with a sumo stance as it’s typically much easier to lift the weight than the narrower conventional style.

In any event, Wierzbicki did not have a powerlifting referee present for his lift to certify it, which Björnsson did, which is why he’s not the record holder.

Although not on this list, American Nathan Baptist in February 2021 performed a 1,311-pound squat for an all-time equipped squat record.

American Jimmy Kolb currently holds the record for the heaviest equipped bench press at an astounding 1,320 pounds, though it was not done at an IPF-sanctioned powerlifting meet.

Who Holds the Classic Powerlifting Record for Women?

This one’s for the girls who’ve ever lifted something heavy. We’ll take a look at the classic powerlifting record for women first.

Who Holds the Equipped Powerlifting Record for Women?

Here are the powerlifting records for women who compete in the equipped category.

How Many People Compete in Powerlifting Competitions?

It’s difficult to track down exactly how many people compete in powerlifting for a number of reasons, one of which is that it no longer includes American competitors.

In November 2021, USA Powerlifting was removed1 from the IPF after a longstanding disagreement between the two entities over drug-testing policies. Following the decision, the USAPL decided to open its competition to international athletes as well, forcing some powerlifters to choose between IPF events and USAPL meets.

There are some American athletes who still compete in IPF events, though they represent a different country while competing—Russel Orhii, for example, lives in Texas but lifts on behalf of the U.S. Virgin Islands during IPF competitions.

The IPF consists of more than 100 countries2, each with its own governing body.

What Powerlifting Gear is Allowed in Competition?

The gear or equipment that powerlifters are allowed to use are clearly defined in the IPF’s technical rules book,3 but here’s a quick rundown for the classic and equipped categories.

A lifter may wear a non-supportive lifting suit from the IPF’s “Approved List of Apparel and Equipment for Use at IPF Competitions,” and a t-shirt must be worn underneath. Standard commercial briefs or boxers may be worn, but competitors are not allowed to wear “supportive” undergarments (yes, those exist).

Lifters may wear a weightlifting belt, if desired.

Knee sleeves, if worn, must  be made of neoprene and can be no thicker than 7 millimeters.

All classic or raw powerlifting competitors have their equipment inspected by IPF judges beforehand to ensure it meets all standards.

Equipped powerlifters may wear suits of any kind, in addition to using IPF-approved weightlifting belts and knee sleeves.

Weightlifting suits, such as deadlift suits or squat suits, are designed to go over a lifter’s clothes and support vital muscles during a lift, making it easier to perform a heavy lift. Although they can help lifters push or pull a significant amount of weight, it should be noted that they’re not meant to replace proper training and/or form.

Is There Drug Testing in Powerlifting?

The IPF randomly drug tests its athletes and has all urine and blood samples analyzed at a World Anti-Doping Agency-accredited laboratory. The IPF states4 drug tests may happen in or out of competitions, and that competitors must comply with officials’ instructions if they are chosen for screening.

There are some powerlifting federations that allow competitors to take performance-enhancing drugs.

Who Holds the Powerlifting Record for Oldest Powerlifter?

Edith Murway-Traina, however, holds the world record6 for oldest competitive powerlifter ever at 101—and she didn’t start until she was 91!

Anthony O'Reilly is a NASM-certified nutrition coach and personal trainer whose work has been featured in Muscle & Fitness and BarBend, and previously was an award-winning reporter and photographer for newspapers on Long Island and Queens, NY. After spending most of his life overweight, he dropped 80 pounds and took control of his health and fitness. Outside of work, he still enjoys Little Debbie cakes but offsets them with rigorous hikes and workouts. He's an avid Manchester United supporter, through thick and thin. 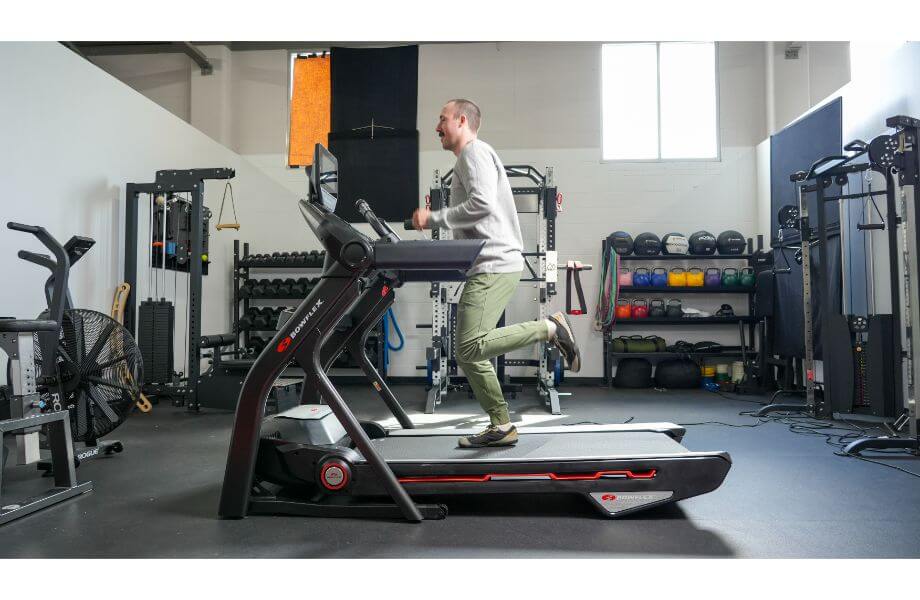 Find out who holds the world record in the bench press, deadlift, and squat, plus other fun powerlifting facts For as long as there have been heavy objects, people have trained their whole lives to lift the seemingly unliftable—and many have gathered to watch those strong men and women attempt these incredible feats of strength, from Excalibur to the World Deadlift Championship. Back in the old days, people told long tales of these muscular mavens.  » Read more about: Powerlifting Records: Who’s Lifted the Heaviest Amount of Weight?  » Read more 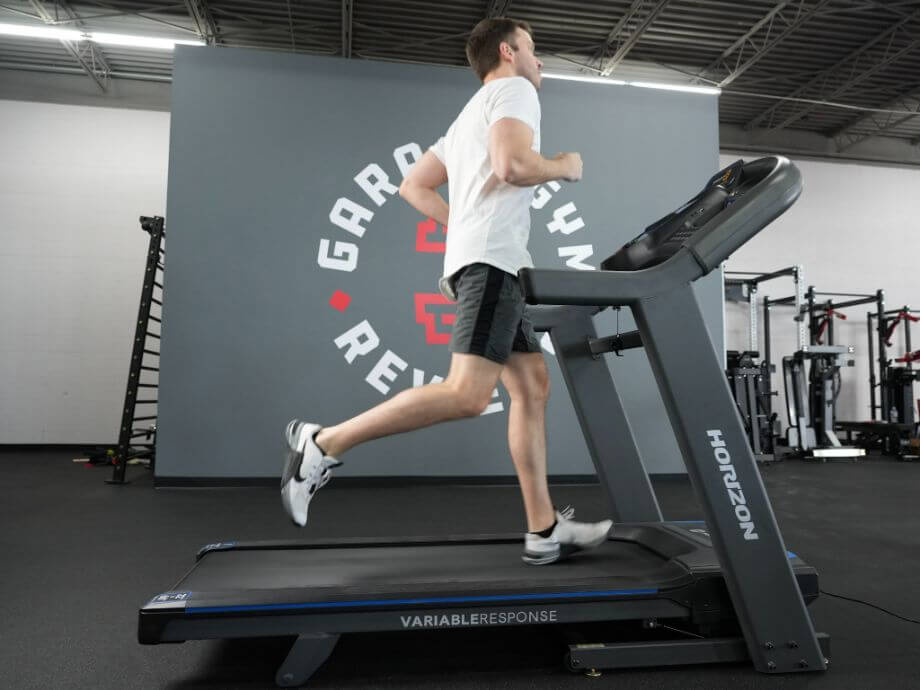 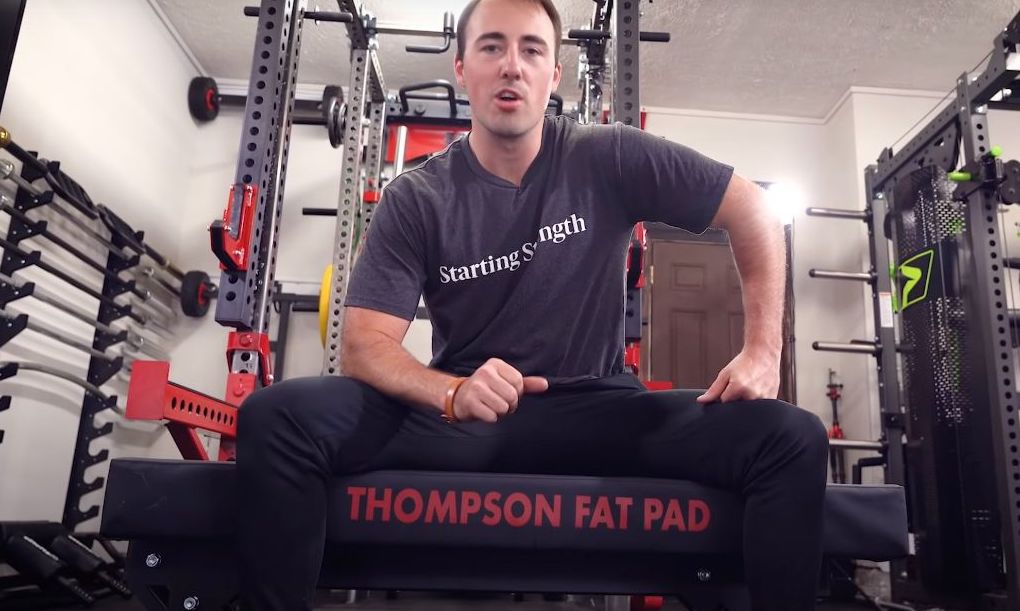 I’m not the largest lifter out there (shocking, I know). So when I saw the size of the Rogue Thompson Fat Pad, I was immediately skeptical. This thing lives up to its name by being...well, fat, to the point it made me look like a little girl.But, as your parents probably told you, you should never judge a book by its cover. After all, a fat pad designed by powerlifting legend Donnie Thompson has to be good, right? In my review of the Rogue Thompson Fat Pad, I’ll discuss how my initial thoughts were flipped after putting it to the test. Why You Should Trust UsAside from having researched, used, and extensively tested dozens of weight benches—of all varieties—we’ve also compiled the most comprehensive guide for the best benches for home gyms. I personally used the Rogue Fat Pad withdumbbells, benching, barbell work and more.Beyond that, I’ve also spent years lifting weights, so I know what a comfortable weight bench feels like. And I’m a garage gym owner, so I know what people are looking for to get the most bang for their buck. You can trust I’ll give an honest review and not lead you in the wrong direction. Read more

The Best Kettlebells for Your Home Workout
by Cooper Mitchell

When it comes to blending strength and conditioning, the kettlebell might be the most versatile piece of equipment there is. Read on to find the different kettlebells I like and why. Read more