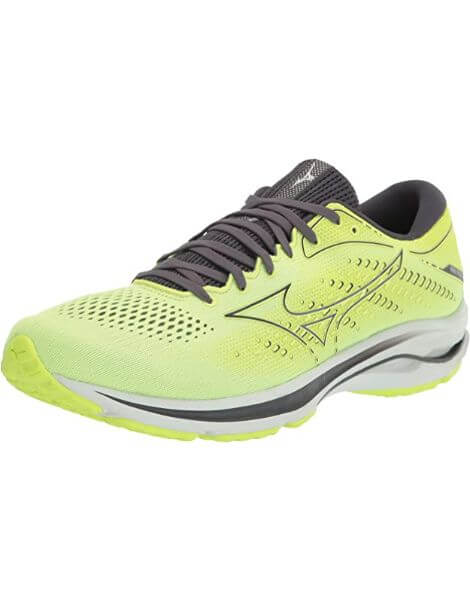 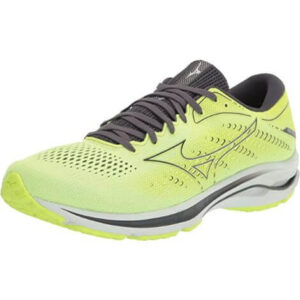 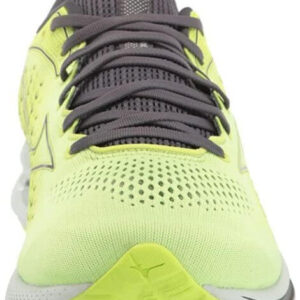 The Mizuno Wave Rider 25 is one of Mizuno’s most popular neutral shoes featuring a full-length Enerzy Foam midsole, which is Mizuno’s signature foam cushioning. Weighing about one-half ounce less than its predecessor, the Wave Rider 25 still features the Mizuno Wave plate which is designed to redistribute the energy from each footstrike over a broader area.

According to Mizuno, this plate design creates a stable platform above a high-level cushioning. There are some users who reported that this plate feels very rigid under the heel while the forefoot feels soft and flexible. Unfortunately, this reportedly leads to an inefficient heel-to-toe transition.

To that end, the heel-to-toe drop is a respectable 12 millimeters and the internal heel counter effectively keeps your heel locked down (which means no blisters). Available with two different uppers, the Mizuno comes with either an engineered air mesh upper or Mizuno’s “waveknit,” which reportedly is a little less flexible and more snug.

The carbon rubber outsole creates an extra layer of durability on the 25. These shoes feature a gusseted padded tongue which does a good job of staying in place during your run. Consider sizing up on this model as several customers found it ran small.

The Mizuno Wave 25 is a neutral, mid-range sneaker designed to provide decent shock absorption and a moderate level of cushioning. 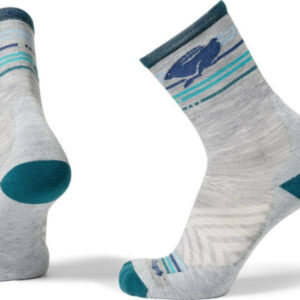 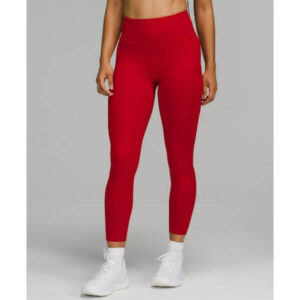 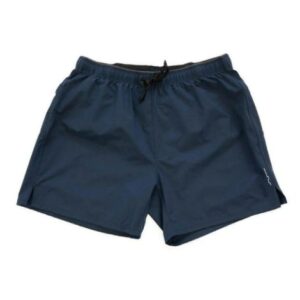