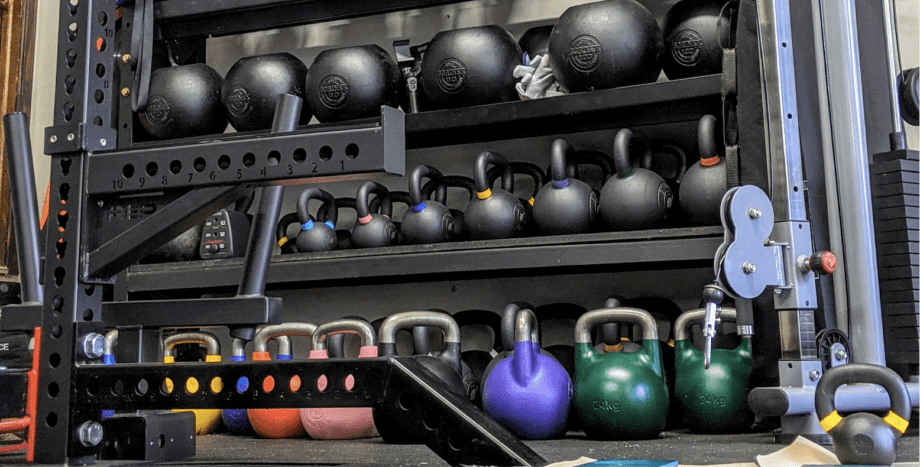 Which one reigns supreme as the king of kettlebell swings? Which should find a permanent place in your training regimen?

Of course, the debate rages on today because there is no clear answer. Both are incredibly effective when it comes to overall fitness. They’re both functional exercises that increase both your aerobic and anaerobic fitness.

However, which variation works best for you will depend on your personal goals, as nuances of each movement give it a subtle edge over its counterpart.

Below, we break down Russian and American kettlebell swings, what they are, how to perform them properly, and the benefits associated with each.

What Is a Russian Kettlebell Swing?

The Russian kettlebell swing is one of the most popular kettlebell exercises. It involves holding a kettlebell and using your body, primarily your hips and the muscles surrounding them, to swing it in front of you.

When performed correctly, the movement engages a vast portion of the body, ranging for the lower body region including the glutes, quads, and hips, as well as the upper body like the shoulders and pecs.

Holding tension throughout the exercise also engages the core and targets the abs.

Beyond targeting a large portion of the body with one simple motion, Russian kettlebell swings also challenge your cardio and help build an athlete’s conditioning.

How to Do a Russian Kettlebell Swing

A beginner may falsely believe that the arms are mostly responsible for bringing the kettlebell to the top of the swing, but it is actually the explosive hip movement that is responsible for initiating and sustaining the movement. In fact, your arms should maintain a soft bend at the elbows and not do much pulling at all.

By focusing on a strong hip hinge movement, you should be able to move much heavier weight than you would if only using your arms.

There are various benefits to using Russian kettlebell swings in your workouts, including:

Russian kettlebell swings require only one kettlebell, or a set of various weights, and a relatively small space to perform. Since it is performed standing in place, it is much friendlier on the joints than high-impact exercises or cardio as well.

According to a 2012 study published in the Journal of Strength and Conditioning Research1, unique loading patterns present during the kettlebell swing may contribute to “restoring and enhancing back health and function.” In this regard, it is possible that Russian kettlebell swings help alleviate lower back pain due to the biomechanics of the swing.

Related: 11 Kettlebell Benefits, According To An Olympian

What Is an American Kettlebell Swing?

While this increases the range of motion, it requires additional shoulder mobility to complete a set. For this reason, it is recommended to start with a light kettlebell, or at least a lighter weight than you would use for a Russian kettlebell swing.

Both swings are functional fitness essentials, but the American kettlebell swing has more recently been popularized by CrossFit, used in various WODs (workouts of the day) in boxes worldwide.

How to Do an American Kettlebell Swing

Because the kettlebell travels farther and places the shoulders at a different angle at the peak of the movement, the American kettlebell swing should feel easier on your hamstrings and glutes while targeting the shoulders and lower back more so.

Given the increased range of motion, it is recommended to warm up the shoulder joints thoroughly prior to performing repetitions of this exercise.

Since the two swings are extremely similar, minus the ending position of the weight, the American kettlebell swing will include most of the same benefits of the Russian style swing.

There are some key distinctions, however.

The first benefit of the American version is the increased work performed during the movement. Since the weight is traveling a farther distance, you are performing more work during each rep, making one repetition of the endearingly abbreviated AKBS superior to the RKBS alternative.

In addition, CrossFit WODs frequently require proficiency in performing American kettlebell swings, and so building your familiarity and competency with the motion will likely translate to better scores on the WODs.

While both exercises are excellent in a well-organized kettlebell workout, there are some key differences and similarities to keep in mind to determine which variation will give you the most bang for your buck regarding your personal goals.

Related: 3 Full-Body Kettlebell Workouts For Any Goal, Written By A Personal Trainer

The most obvious and important difference between the AKBS and RKBS is the range of motion. While the Russian style requires raising the weight to chest level, the American alternative requires the kettlebell to reach a full overhead position.

AKBS enthusiasts criticize the RKBS for this, with CrossFit founder and former CEO Greg Glassman himself famously calling RKBS half-reps. RKBS proponents, on the other hand, believe that the RKBS is efficient as is, maximizing explosive power and posterior chain strength. The truth is, both are good.

Both types of kettlebell swings will target the glutes, quads, and hips. Both will hit the upper body too, but the variation used will affect the degree in which each muscle group is targeted.

For example, stopping the kettlebell swing at chest height for your RKBS employs more use of the core, also bringing in the lats to a greater degree than the American counterpart.

Likewise, raising the weight overhead during an AKBS hits the shoulders more, helping you focus more upper body work during each repetition.

Related: 10 Best Kettlebell Exercises, According To A Trainer

Kettlebell training provides numerous benefits that will aid you during athletic performance. In terms of kettlebell swings used in sport, CrossFit is known to require athletes to be proficient in both, with more emphasis on the American version over the Russian alternative.

For powerlifters and functional fitness athletes who focus on fundamental lifts like the “Big Three,” or the squat, bench, and deadlift, the Russian kettlebell swing gives you an edge. The reason for this is because you are able to move heavier weight as compared to the American kettlebell swing thanks to the shorter range of motion.

For CrossFitters and Olympic lifters who regularly perform cleans, jerks, and snatches, the American kettlebell swing helps build functional strength with greater mobility. In this regard, AKBS might give you an edge.

Kettlebell training is very effective when it comes to cultivating great conditioning, functional strength, and a healthy lower back. Athletes at all levels could benefit from using both exercises during training.

You’ll get the best results performing both variations rotationally during your regimen. In terms of which is our pick for “king of the swing,” we give slight preference to the Russian kettlebell swing since it poses less risk of injury for beginners.

Are kettlebells better than dumbbells?

Dumbbells are used more prevalently in commercial gyms, but both types of free weights are extremely useful in a variety of scenarios. A side-by-side comparison yields benefits and drawbacks to both.

Using both dumbbell exercises and kettlebell training rotationally should work best for building a more comprehensive fitness base.

Related: Dumbbells Vs. Kettlebells: The Battle For Free Weight Supremacy

Critics of the American kettlebell swing believe that the increased range of motion places undue stress on the shoulder joint and lumbar spine, increasing the risk of injury.

A 2016 study, performed by Steve Oikerinan, ATC, STP at Bridgewater State University2, hypothesized that the American kettlebell swing increased the risk of lumbar spine injury, concluding that the Russian kettlebell swing may be safer. However, the study also concedes that more research must be completed to make any firm conclusion regarding the correlation and possible causality of AKBS and injury.

As such, AKBS are still widely used in CrossFit and other training regimens today.

Absolutely. Not only is kettlebell training a low impact, joint-friendly exercise, it is excellent for building cardiovascular endurance as well.

A 2014 study published in the International Journal of Exercise Science3 determined that high-intensity kettlebell training showed an increased cardiovascular response when compared to traditional resistance training. 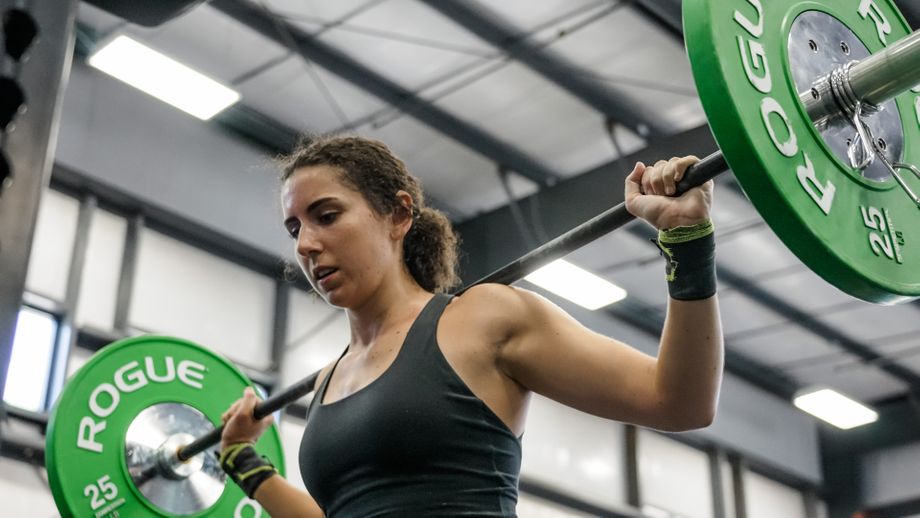 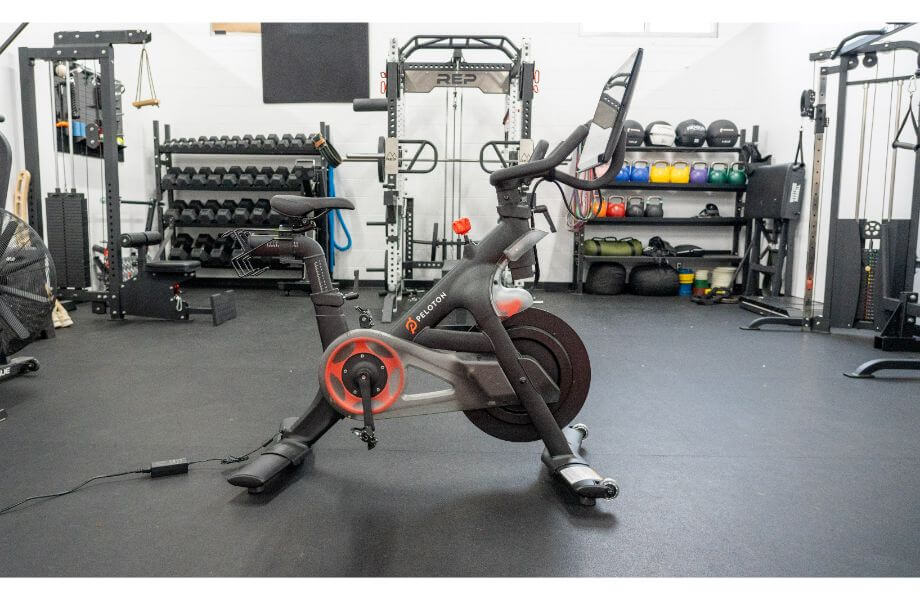 MYX vs. Peloton 2023: Which Is the Better Indoor Exercise Bike?
by Anthony O'Reilly, CPT

It’s the battle of cycling bikes: MYX vs Peloton. Which exercise bike should you buy for your home gym? We’ll tell you. Read more 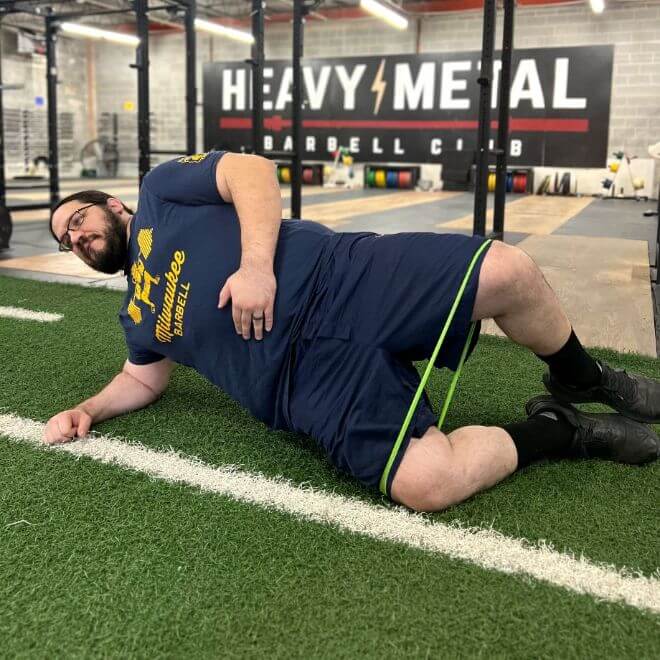 Looking for a resistance band workout? We’ve got you covered with this 20-minute routine. Read more 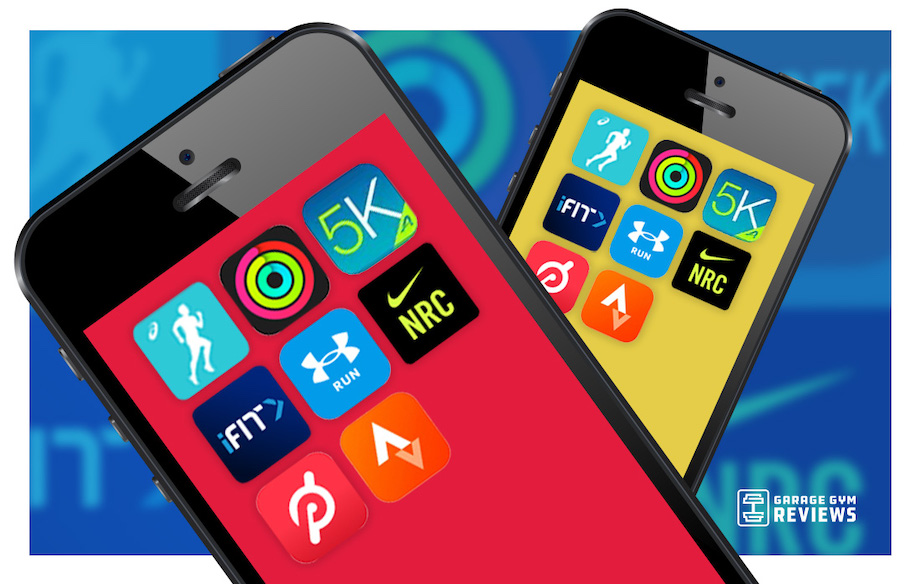 8 Best Running Apps (2023): Hit the Road With These Options
by Kristine Golden