Runner’s High: What It Is, And What Causes It 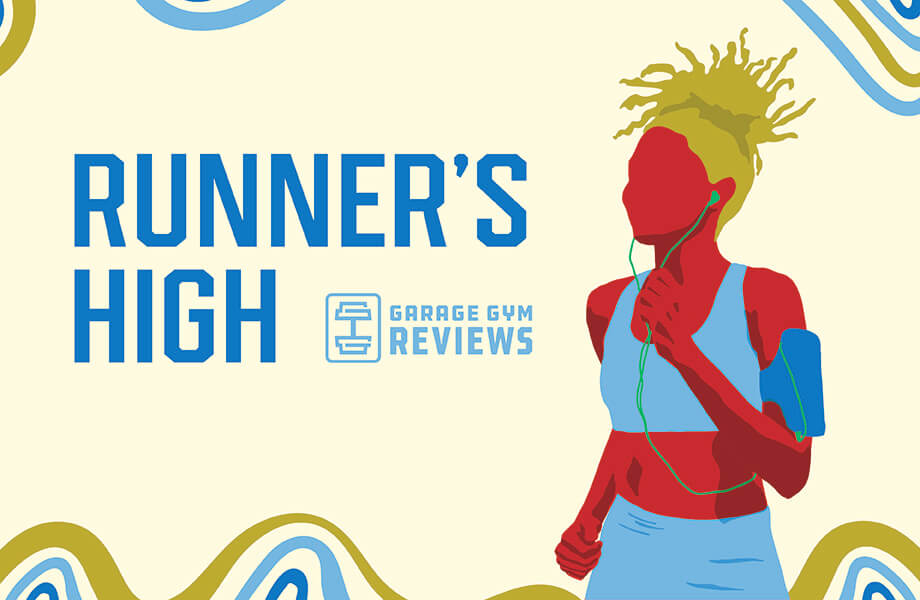 If you’ve been around a few runners, you’ve probably heard about the infamous “runner’s high.” However, is it actually real? This question is especially mind-boggling if you’ve gone long-distance running before and only found yourself nauseous and exhausted afterward. Is it possible that only a select few experience this feeling of euphoria or are folks just making it up to sound cool?

We’ll uncover what runner’s high is all about, why it happens, and how to potentially experience it yourself.

What Is the Runner’s High?

If you’ve ever paid attention to runners during and/or after a run like a marathon, it’s possible that you asked yourself why in the world would someone sign up for this. The runners often look tired and worn down. Some may even be vomiting or limping in pain. But you’ll also notice that even with all of that going on, many runners have wide grins on their faces once they cross that finish line. They may even seem calm or elated like they’re intoxicated from something. This, my friend, is runner’s high.

Runner’s high is a short-term, relaxing state of happiness you get during, and sometimes after, running. While it’s happening, you may barely notice muscle pain and might feel like you could just keep running. One might describe the experience as a euphoric feeling where anxiety seems distant, and you’re filled with exhilaration. But what exactly is causing all of this?

This euphoric state of mind from running is thought to be from endorphins. Research1 has shown that hormones known as endogenous (which means “within the body”) endorphins are released when doing aerobic exercises such as running.  Endorphin production is also boosted when doing pleasurable activities like eating or getting a massage.

Endorphins have a pretty important job as they help us keep going when we’re in undesirable situations. You could even say it’s one of our body’s natural survival responses, as it assists with alleviating stress and pain. In fact, endogenous endorphins are known as the “feel-good” chemicals2, as they tend to put you in a positive state of mind.

This may explain why marathon runners might look and feel bone-tired but still cross the finish line with a smile on their faces. The endorphins, being the messengers they are, try to make their way to the brain’s opioid receptors and give folks the boost they need to continue. Many experienced runners seek this feeling over and over again, as it becomes a high you crave. Yet still, not everyone experiences it, which makes understanding it a bit complex.

Although endorphins are said to play a significant role in the runner’s high phenomena, many researchers think it’s endocannabinoids causing this effect. Why? Because endorphins are pretty big molecules that aren’t capable of fitting through the brain’s gatekeeper, known as the blood-brain barrier. So how can endorphins possibly cause euphoria in the brain if they can’t get there on their own? For researchers, the only reasonable explanation must be endocannabinoids.

Now, I know this concept may have you wondering, “Is runner’s high just what happens when runners use cannabis?” While this, oddly enough, might make sense, this isn’t what that means at all. I’ll explain.

Each of us has an ​​endocannabinoid system3 that helps us with memory, learning, emotional regulation, pain control, and more. This system includes cannabinoid receptors that behave like quality control professionals—assessing and controlling the activities of several other neurotransmitters. These busy-body receptors are stimulated by endocannabinoids, which are lipid-based chemicals that are natural versions of tetrahydrocannabinol (aka THC). Endocannabinoids, like endorphins, are released as a response to stress and give you that high-ish, euphoric feeling.

I know this sounds too good to be true, but there’s some research out there that backs these claims up. For example, in 2015, Proceedings of the National Academy of Sciences4 published a study in their neuroscience category that explored the relationship between cannabinoid receptors and runner’s high. Researchers discovered that while the production of endorphins does increase, there’s also an increase of anandamide found in the blood, which is a type of endocannabinoid.

The PNAS study evaluated 32 mice, where 16 were labeled runners and the other half were considered non-runners. The group of runner mice spent a considerable time on the running wheel daily and later participated in behavioral testing. The researchers found that the running mice had fewer anxiety-like responses. After that, the running mice and the control group of non-running mice all ran on the running wheel. They ultimately discovered that acute long-distance running reduces anxiety and pain, as well as leads to elevated levels of endocannabinoid in plasma.

New research5 with humans has also been completed, which shows increased levels of endocannabinoids in the blood after physical activity. More research is being conducted to explore whether it’s endorphins AND endocannabinoids causing runner’s high or just one of them alone. They both would make sense to me, but we’ll see how the information develops over time.

How to Get a Runner’s High

Now that you’ve heard about the state of euphoria brought on by running, I’m sure you want to experience it, too. However, what’s interesting is that not everyone experiences runner’s high. In fact, many people don’t, even when they run long distances or do an intense workout, but it’s still worth a try.

Amanda Capritto, certified personal trainer and triathlete, says, “Be patient with yourself. Some people feel runner’s high after 35 minutes of running, whereas others feel it after an hour or more.”

She goes on to say, “I believe a lot of runners don’t run for long enough to experience and enjoy the elusive runner’s high. New runners will likely have to build up their endurance, strength, and stamina before they reach a point where they can tap into the endorphin release. However, it’s important to remember, too, that each runner is different: Some runners are lucky enough to feel a runner’s high at 2 or 3 miles, while others may not feel the rush of endorphins until mile 5, 6, or even later in the session.”

What’s also interesting is that many experienced runners have to run for longer distances to achieve it. Remember, you need stress and discomfort to trigger a runner’s high. Given that long distance runners have built up their tolerance for embracing the suck associated with running, they’ll need to push themselves even more just to get that calming feeling back.

Nonetheless though, whether you’re new to running or have been at it for a while, here are some things you can try.

Whatever songs get you amped up and ready to tackle anything, play those when you work out. According to a study published in 20116, listening to music while running could lead to a runner’s high.

I’ll preface this by saying that this is not to be confused with the Running with Friends mobile app that had a tough hold on the younger me. What I actually want you to do is to really get outside and run with your peers.

Running is competitive, so if your friend or others in a group run faster than you, you’ll naturally want to keep up. It’ll push you to keep going, which is typically when the runner’s high kicks in.

Tip 3: Do More Than Just Running

If you’ve been running long distances for a while and are comfortable with your stride, add something else to mix. Hill training, biking, strength training, and more can help you challenge yourself. HIIT exercises, specifically, are something long-distance runners use to train, so it could be just what you need to reach that euphoric feeling. In the process, you might also improve your VO2 max and speed endurance, which is also a win.

Tip 4: Be Consistent and Push Yourself

As they say, nothing worth having comes easy. Therefore, if you want to tap into the euphoria associated with a runner’s high, you just have to keep at it. Push yourself to do a workout at a rate of perceived exertion that’s four or greater. However, don’t overdo it, either. Gradually run faster, farther, and switch up the intensity. Before you know it, those neurons may kick in and guide you to the euphoric state you’ve been dreaming about.

Other Mental Health Benefits of Running

So, besides this great state of euphoria, what other mental health benefits does running come with? Is it worth throwing on a pair of running shoes to find out? I’d say so!

One 2006 study7 published in the Primary Care Companion to The Journal of Clinical Psychology found that long-term exercise can help alleviate overall stress and anxiety. Given that running is a form of exercise, we can assume that it, too, would boost your mood. Plus, runner’s high itself is said to diminish feelings of anxiousness temporarily. So while it’s not a cure, it may help you better cope if anxiety is something you struggle with.

RELATED: Running a 5K Every Day

When you need to rely on remembering a set of instructions or scheduling a doctor’s appointment, that’s your working memory. It’s how you hold and process information over a brief period of time. According to Hopkin’s Medicine8, running could help you improve your working memory and enhance your focus, which is highly beneficial.

How long does a runner’s high last?

The amount of time varies for each person. However, you can typically expect it to last several minutes to a couple of hours.

Runner’s high is thought to be caused by the increased production of endorphins and/or endocannabinoids.

How long does it take to hit runner’s high?

The amount of time it takes to experience a runner’s high differs for everyone. Experienced runners will have to run for extended periods to feel it. However, a newer runner might hit runner’s high around mile two.

Yes, runner’s high is real, and it’s not just associated with running. Someone could reach this euphoric state by doing other types of exercise as well.

Jessica is a public health professional, health & wellness writer, and entrepreneur. She enjoys learning about and educating others on healthy living and helping business owners achieve more while doing less.

If you’ve been around a few runners, you’ve probably heard about the infamous “runner’s high.” However, is it actually real? This question is especially mind-boggling if you’ve gone long-distance running before and only found yourself nauseous and exhausted afterward. Is it possible that only a select few experience this feeling of euphoria or are folks just making it up to sound cool? We’ll uncover what runner’s high is all about,  » Read more about: Runner’s High: What It Is, And What Causes It  » Read more 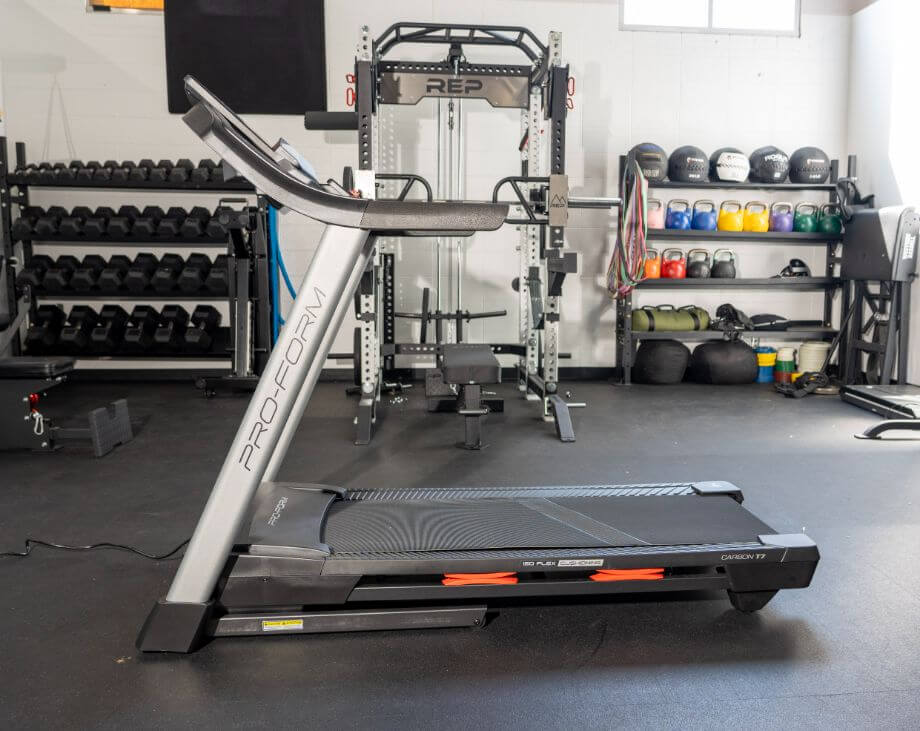 ProForm Carbon T7 Treadmill Review (2023): Programming and a Touchscreen for Under $1,000
by Caroline Lubinsky, CF-L1

Check out our ProForm Carbon T7 treadmill review for an in-depth look at a budget-friendly machine with interactive programming capabilities. Read more 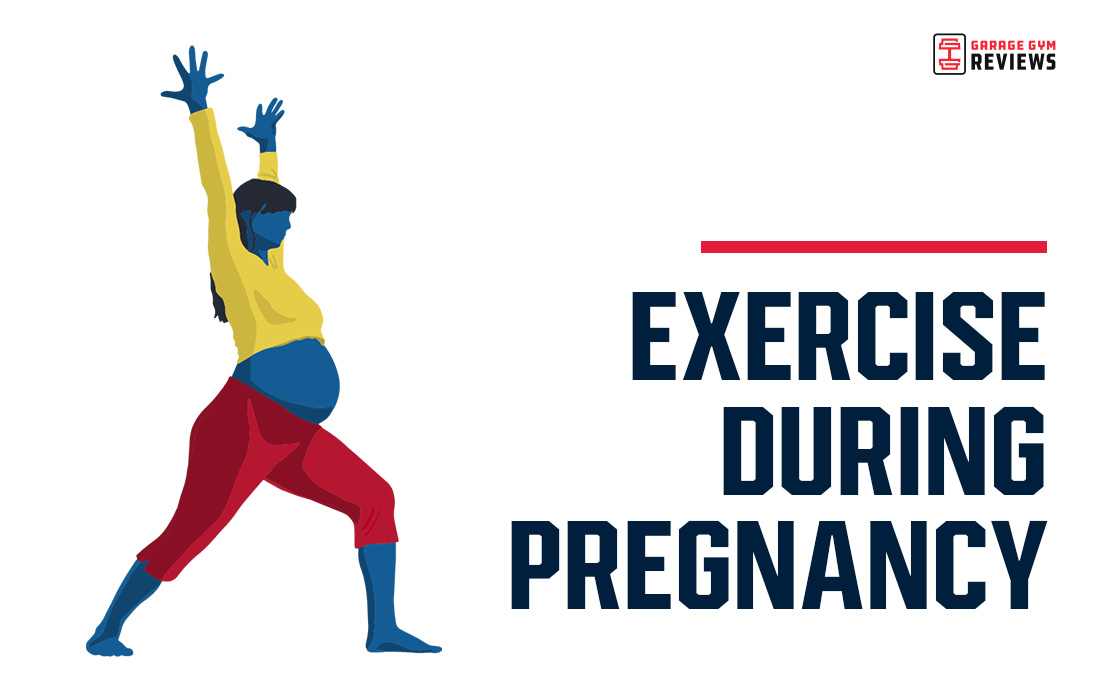 Exercise During Pregnancy: Safe Workouts for You (and Baby)
by Stacey L. Nash, CPT

Despite what you might have heard about exercise during pregnancy, for most women, it’s perfectly safe and heavily encouraged. Read on to find out more. Read more 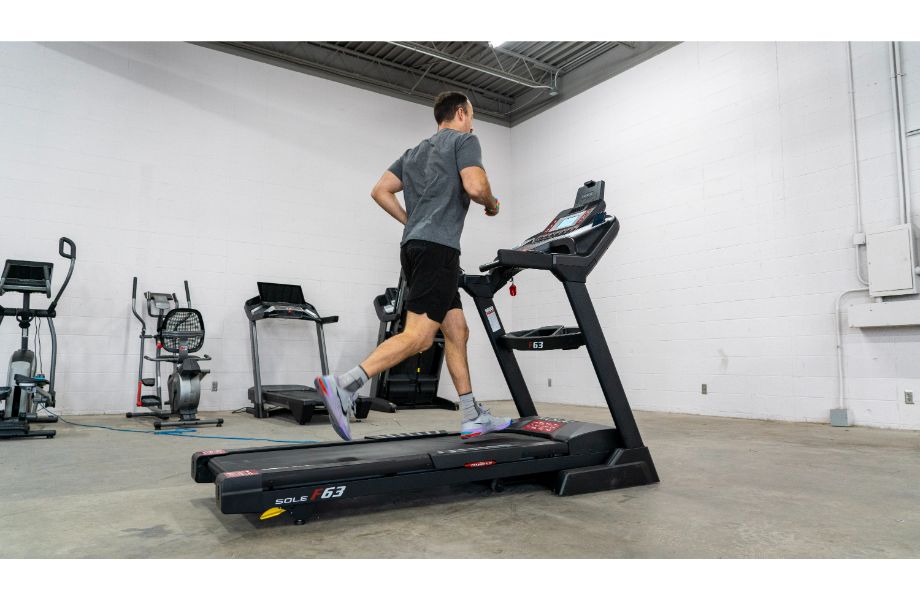 In our Sole F65 treadmill review, we’ll tell you if we think this is a worthwhile addition to your home gym. Read more