Learn the world records for marathon run times, plus other marathon fun facts and stories.

Running a marathon is a hefty feat not many people are willing to do. In fact, it’s been reported by the International Institute for Race Medicine1 that just 1.1 million people globally ran a full marathon in 2018—that’s only 0.014% of the world population of 7.6 billion2 in 2018.

Well there’s your first fun fact: If you’ve completed a 26.2-mile race, you can consider yourself among the world’s elite. Ahead, many more marathon fun facts, plus marathon record time tables and statistics.

What Is the Fastest Marathon Time Ever?

The fastest time ever recorded for a marathon belongs to Eliud Kipchoge, a Kenyan distance running professional athlete and Olympian. He was the first athlete to ever break the two-hour barrier with a marathon record of 1 hour, 59 minutes, and 40 seconds (1:59:40:02).

Kipchoge set this record in Vienna, Austria on October 12, 2019.

Coached and supported by the INEOS 1:59 Challenge 3, Kipchoge remains the only known marathon runner to log a sub-two-hour marathon.

However, although Kipchoge is the current men’s marathon world-record holder 4, his impressive 1:59:40 time does not count as an official race record, as reported by Reuters, the Associated Press, New York Times, and other major news outlets.

This is because he didn’t actually cross a true finish line: The run was not completed under open marathon conditions and Kipchoge was accompanied by a large professional team of pacemakers and support staff. So, although it’s a wildly impressive feat, it’s not an official course record nor an official world record.

What Is the Fastest Marathon Time for Men?

You know now that the fastest known marathon times belong to Eliud Kipchoge. But let’s take a look at other records for men, including those from the world championships and world marathon majors.

Marathon Record Times for Men in the U.S.

Marathon Record Times for Men in the World

What Is the Fastest Marathon Time for Women?

Marathon Record Times for Women in the U.S.

Marathon Record Times for Women in the World

When Was the First Marathon?

The first known, organized marathon race was the Athens Olympic Marathon in 1896, according to HISTORY.com6. On April 10, 1896, 17 competitors ran approximately 25 miles from Marathon, Greece, to Athens, Greece, on dirt roads. This race marked the beginning of the modern marathon.

Why are Marathons 26.2 Miles Long?

The seemingly arbitrary length of a marathon—an arduous 26.2 miles—is actually drenched in history, too.

According to legend, as reported by Britannica7, an Athenian messenger ran from Marathon to Athens (a distance of about 25 miles) after the Battle of Marathon to report the good news of victory to his fellow Athenians.

As the tale goes, the messenger (who was apparently not in tip-top marathon shape) only managed to eek out the word “Nike!” (“Victory!”) before collapsing and dying of exhaustion.

It’s not entirely clear if the brave messenger in this tale is the same person as Pheidippides, who is thought to have run the much further distance of 240 kilometers (about 150 miles) from Marathon to Sparta and back to request help from the Spartans prior to battle.

Either way, an honorable mission.

As for where the extra 1.2 miles came from, HISTORY.com reports8 that for the 1908 Games in London, Queen Alexandra requested that the mileage be extended. Her reasoning? She wanted the race to begin on the lawn of Windsor Castle and conclude directly in front of the Royal box at the Olympic stadium. Oh, to be royal.

Evidently, this new (and rather random) distance of 26.2 miles stuck.

How Many People Run Marathons in the World?

The most recent full-blown report of global marathon participation was conducted by the International Institute for Race Medicine1 and it states that a mere 1.1 million people completed a marathon in 2018. A hair over a million may sound like a lot, but it’s really not, considering the 2018 world population was 7.6 billion.2

Which Running Shoes Are Banned From Marathons?

What if there was a pair of shoes that could increase your speed and efficiency along a marathon course, allowing you to break your own previous record with little to no extra effort?

Actually, there is such a pair—the Nike Alphaflys—but you can’t wear them in an official sanctioned race. Well, you can, but elite athletes can’t.

Dubbed “technological doping,” the Nike Alphaflys were banned from elite racing in 2020 by the World Athletics federation. These shoes were designed with three carbon plates and a midsole height of more than 40 millimeters. The intention? To maximize energy return and speed.

That the shoes did: According to a 2018 peer-reviewed study in the journal Sports Medicine9 (funded by Nike, unsurprisingly), the prototype of Alphafly shoes resulted in a 4% increase in running economy and an estimated 3.4% increase in speed. Those are no small numbers when you’re talking about marathon world records.

In response to the banning of Alphafly shoes, Nike released a similar pair called Vaporflys, which include just one carbon fiber plate and a thinner midsole. These shoes comply with the regulations that World Athletics instated in 2020, but they’ve also been shown to improve running economy, as reported in a 2019 study in the journal Sports Medicine.10

According to a 2021 study in the European Journal of Sports Science11, the advantages stem from the stiff footplates, thick midsole width, and stiff midsole material.

Sports scientists and running specialists have differing opinions on the Alphaflys and Vaporflys, with some saying12 that the use of such shoes “does not generate a historically unusual level of performance improvement” and others saying13 “the new technological footwear implies a clear impact in long-distance running performance, and probably an unfair advantage due to the greater improvements they provide when compared to the years prior of the technological revolution.”

Who Is the Oldest Person to Run a Marathon?

Fauja Singh is thought to be the oldest person to ever complete a marathon, crossing the finish line of the London Marathon at 101 years old. However, Guinness World Records has not awarded him the title of “Oldest Person to Run a Marathon” since Singh wasn’t able to prove his birth date. According to a report by NDTV Sports14, Singh didn’t have a birth certificate since they weren’t available under British colonial rule when he was born.

According to Oldest.org15, there are several other marathon participants who have finished a marathon over the age of 85:

Who Ran a Marathon in all 50 States?

There are many runners who have completed marathons in all 50 U.S. states. According to the 50 States Marathon Club, there are, at the time of writing, more than 5,000 people who have accomplished that feat.

Perhaps most notable, however, is Dean Karnazes, who ran 50 marathons in 50 states in 50 consecutive days.

What was the Biggest Marathon Ever?

While there doesn’t seem to be an official record for the largest marathon ever, the Guinness Book of World Records has listings for a few interesting tidbits:

Which Marathons Qualify for the Boston Marathon?

There are hundreds of Boston-qualifying marathons around the world. In short, any race certified to meet the exact 26.2-mile distance is a qualifier.

According to the Boston Athletics Association, some of the most prominent include: Tokyo Marathon, London Marathon, New York City Marathon, Chicago Marathon, Stockholm Marathon, California International Marathon, and Ottawa Marathon.

Amanda is a content writer and journalist with extensive experience in the health, fitness, lifestyle, and nutrition niches. Before joining Garage Gym Reviews, she worked as an independent writer for various brands and outlets.Her work has appeared in national and global digital publications, including Health.com and Shape.com (Meredith Corporation), CNET (Red Ventures, formerly ViacomCBS), LIVESTRONG (Leaf Group), Verywell Fit and The Balance (DotDash), SlickDeals (Goldman Sachs/Hearst), Health Journal, and more.Now, Amanda brings her expertise in fitness to the GGR team by testing equipment and writing authentic, honest reviews on everything you might need to stock your home gym. 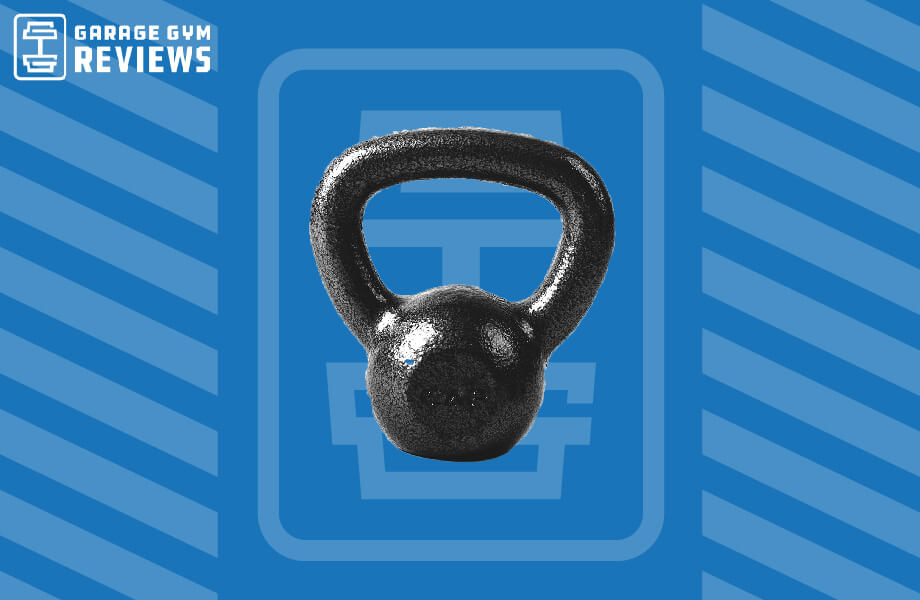 A Kettlebell Trap Workout for Jacked Shoulders
by Christopher Covello

Looking for a kettlebell trap workout that will get your shoulders jacked? You found it! Read more 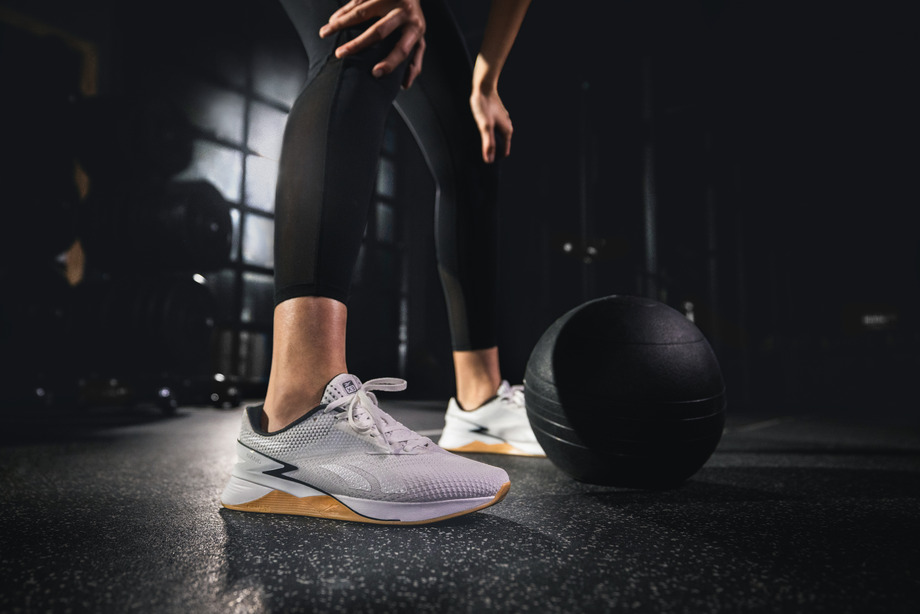 Learn the world records for marathon run times, plus other marathon fun facts and stories. Running a marathon is a hefty feat not many people are willing to do. In fact, it’s been reported by the International Institute for Race Medicine1 that just 1.1 million people globally ran a full marathon in 2018—that’s only 0.014% of the world population of 7.6 billion2 in 2018. Well there’s your first fun fact: If you’ve completed a 26.2-mile race,  » Read more about: Marathon Record Time: What’s the Fastest Marathon Time Ever?  » Read more 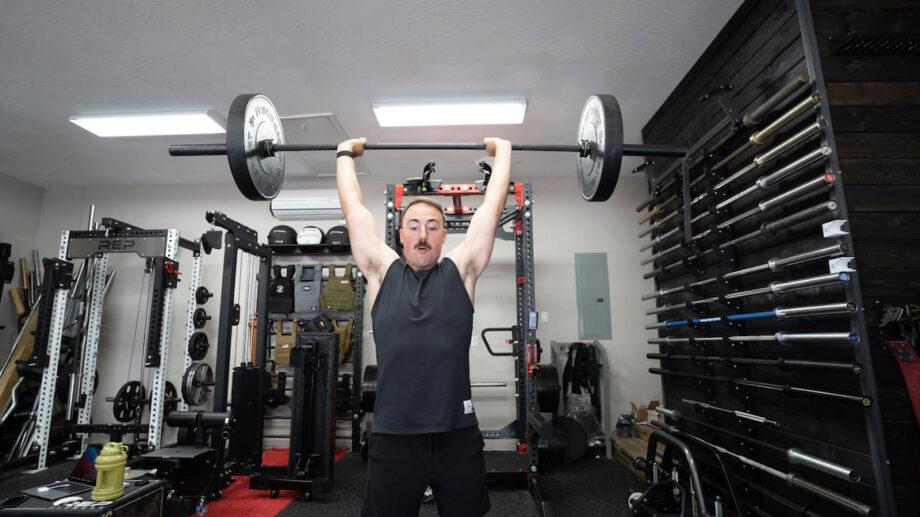 If you like throwing your weight down like any good meathead should, you’re probably pretty familiar with bumper plates. I’ve been testing all kinds of bumper plates over the years, such as the Rogue Fitness US MIL Spec Crumb Bumper Plates, American Barbell Urethane Bumper Plates, and REP Fitness Sport Bumper Plates.I’ve been impressed with the Fringe Sport Bumper Plates in the past so I was eager to deliver a Fringe Sport MilSpec Bumper Plates review. There are a lot of particulars I look for when reviewing a bumper plate—it’s about more than just bounce or aesthetics. I also look at the warranty, price, material, and scale on the Shore Durometer.Why You Should Trust UsI’ve tested over 70 different bumper plates and have even written an article about thebest bumper plates. (I also wrote one on thebest weight plates overall if you’re more of an iron-slinging dude.) You can trust that I dropped these suckers from various heights, did a bunch of lifts, and maybe even licked one or two of ‘em. Just kidding, I only sniffed them. They smell like rubber in case you were wondering. Clearly I was. Read more 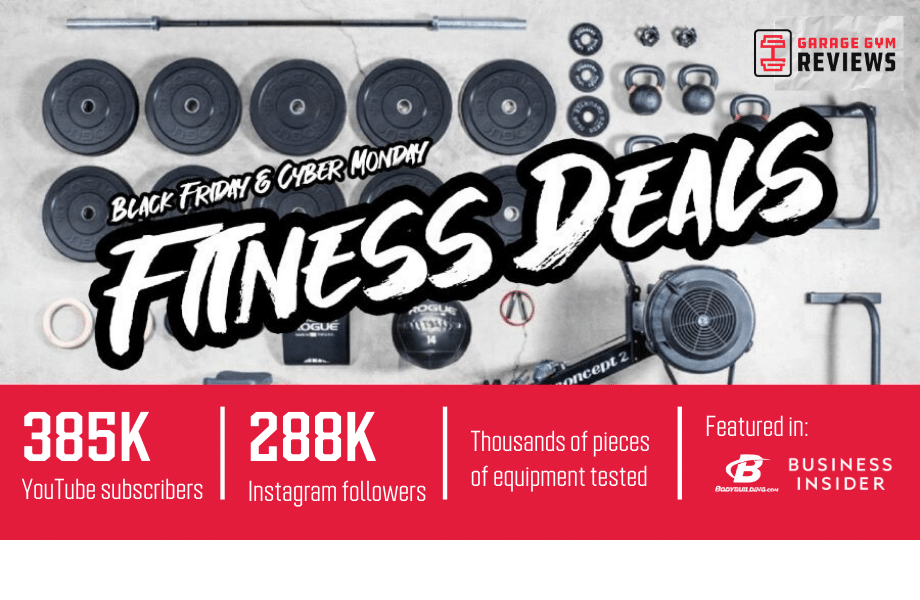 If you're looking for the Black Friday fitness sales on equipment, fitness trackers, apparel, shoes, and more, then this is the place to start! Read more