Marc Pro ReviewMark Pro vs. Stim and EMS DevicesMarc Pro vs. CompexFinal ThoughtsFull RatingWhere to Purchase
The Marc Pro is a muscle conditioning device that stimulates your muscles to improve their performance and recover from muscle breakdown. Through months of use, we found that we felt more recovered after using the device. However, we do recognize that this could be a placebo effect.
What our users say star star star star star 0 reviews
Own this product?
Leave a Review
Tweet 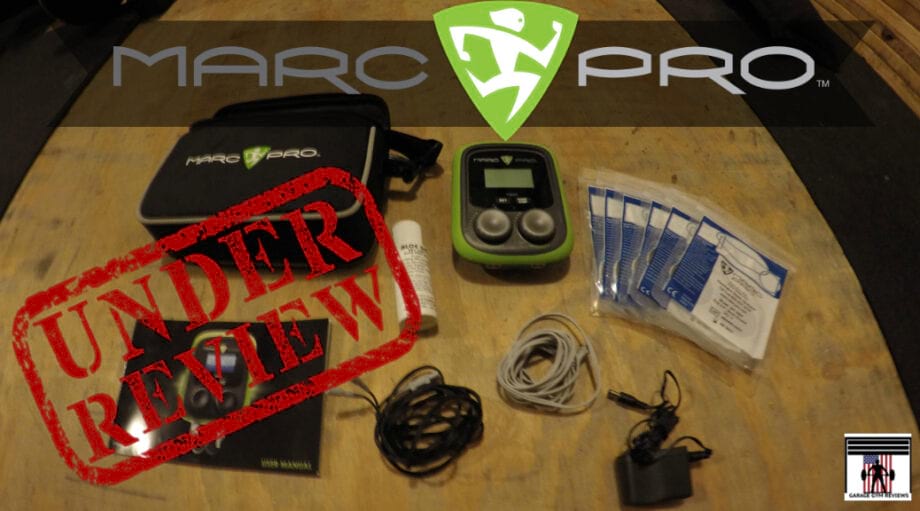 The Marc Pro is a muscle conditioning device that stimulates your muscles to improve their performance and recover from muscle breakdown. Through months of use, we found that we felt more recovered after using the device. However, we do recognize that this could be a placebo effect. Recovery is ALMOST as important as training.

The reason it's ALMOST as important is because if you aren't training, then you don't really have much to recover from.

The more recovery has become studied and recognized for it's importance in building muscle, increasing strength, and simply making you a better performer, companies have been cropping up all over with products to aid in your recovery.

Many of the products involve rolling around to release knots and adhesions such as the KnotOut Rollers or scraping the muscles to align muscle fibers and increase range of motion such as the HawkGrips.

However, there are very few products that pump blood to your muscles bring nourishment, remove waste, increase the production of myokines (more on that later) and help repair tissue. All without you doing little more than lifting a finger.

The device I'm speaking of is called the Marc Pro.

Let's see if it lives up to the hype.

I'm going to start off with the physical construction of the Marc Pro.

It comes in a nice looking, but cheapy lunch style bag. I like the way the bag looks and functions, but it does feel very cheap and I don't see the zipper lasting too long.

Inside the bag are: 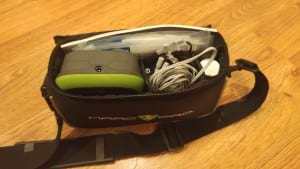 Outside of the bag, everything else is constructed very well.

The device itself is SOLID. Seriously, I was worried it would be light and feel a little cheap as it's mainly made out of rubberized plastic but this bad boy feels like a brick. Which is a good thing.

Whenever you use technology, it's great to feel a device that has some heft too it. Take the iPhone for example, it's slim and little, but when you hold it, it feels substantial. That's how the Marc Pro feels.

The dials that increase the electric stimulation are smooth, the buttons are firm and the LED display is clear. I can't think of any way the device could have been constructed better outside of it allowing you to play the game snake on the screen like you could on old Nokia phones. I made a visual for you here: 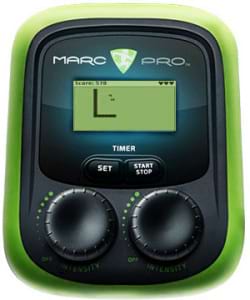 So before I even used the device, I already liked it. I'm kind of a sucker for well made gear. 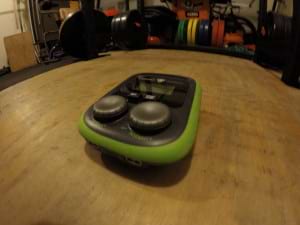 The Marc Pro is designed to be a muscle conditioning device that stimulates your muscles to improve their performance and recover from muscle breakdown.

They make many claims as to the effectiveness of the device including recovering faster, recovering fully, maximizing training results, helping prevent injury, and improve conditioning and performance.

All of these things sound swell.

Who doesn't want to recover faster from their workouts? Especially those that compete. Also, who wouldn't want to improve their conditioning? Everybody wants these things, but can an electrical stimulator do all of these things?

If the Marc Pro is constructed well and feels like a brick, but doesn't actually do what it's purported to do, it might as well be a brick.

Well, I've been using it for about a month now, and although I can't directly speak to every claim, I can say that the overall idea of the Marc Pro helping me recover from workouts is absolutely true. Could it be a placebo effect? Possibly. But, after a tough workout, I place the electrodes, crank the Marc Pro up to 11 (not actually 11, I'm just a spinal tap fan) and wake up the next morning feeling much more refreshed than otherwise.

To use the Marc Pro, you plug the electrodes using the radio wire into the unit, stick the electrodes on the areas that you want to recover most and crank the dials to the highest level you can stand while still being comfortable.

And, that's one of my favorite parts about the Marc Pro. The simplicity. It's very much a plug and play device and if you're on a busy schedule, having a device that is easy to use is essential to it's continued use.

And that's really where the Marc Pro comes in. Through continued use of the device your muscles will become better conditioned and you will recover faster, allowing you to work out more or perform better in the training you're already involved in.

The Science from a Non-Scientific Person

The Marc Pro is designed to help you recover. There's lots of other ways to say this, and one such way is that the Marc Pro helps draw blood to the muscle and removes waste.

The way this happens is by causing the muscle to contract and release. This engorges the muscle in blood, providing fresh nutrients and removing old waste.

The wave form used in the Marc Pro is different than that of typical EMS devices. Rather than fatiguing the muscles like many EMS devices do, the Marc Pro helps them recover using their special, super duper, revolutionary Dynamic Decaying Waveform.

Is this snake oil?

To read more about the science behind the Marc Pro from people who actually know what they're talking about click here. 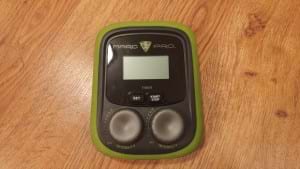 The Marc Pro can be used by anyone. Even Marc Joe's (see what I did there?)

But there's a few specific instances that I think the Marc Pro is absolutely killer for.

If you compete in CrossFit and you have a multi-day competition, the Marc Pro can absolutely give you that extra edge over the competition.

There's a reason so many CrossFit Games competitors use the Marc Pro. It helps them recover between events and allows them to feel refreshed for what's coming next.

If you're serious about competing, I don't see why you wouldn't want every possible advantage available.

After a long race, or training session throw this on and start recovering.

This is a comment I see quite a bit.

My suggestion for this, other than telling you that one is better is simply to get both and try them out for yourself. The Marc Pro comes with a 30 day money back guarantee so if you like the stim unit better, send the Marc Pro back. I have a good feeling I know which one you will be keeping.

I have not used the Compex unit enough to provide a direct comparison.

I will say from what I've seen they try to accomplish two different things. The Compex unit says it aids in increasing strength and build muscle. This is a quote I found on their site:

Yes the Compex Wireless will help strengthen your core and build muscle. Utilizing the Strength, Resistance, and Endurance programs will help tone, build and increase muscle strength and size.

The Marc Pro, however, aims more towards recovery.

If you've used both please let me know your thoughts in the comments.

I think as I continue to use it more I will gain a better feel for the best times to use it and how long I should use it.

One thing I do dislike about the Marc Pro is the replacement cost of the electrodes. Quite a few come with the unit when you order it, but I'm going to have a hard time paying for the replacement pads. I may have to see if there's alternative electrodes available for cheaper.

The Marc Pro is a muscle conditioning device that stimulates your muscles to improve their performance and recover from muscle breakdown. Through months of use, we found that we felt more recovered after using the device. However, we do recognize that this could be a placebo effect. 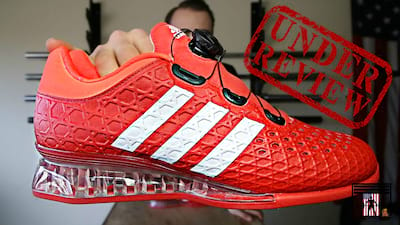 Angles90 are a simple, yet highly effective set of handles that is purported to increase the range of motion and require more body tension during various pulling workouts. After using Angles90 for nearly two months for all sorts of movements like deadlifts, shrugs, rows, pull-ups, and more, we can confidently recommend to anyone that wants to vary their grip for different bar based pulling (and some extension) movements. Read More

The Titan Lat Tower is the best value lat pulldown for most home gym owners that we’ve ever reviewed. Everything from the packaging to the performance of the machine makes us feel like the machine is worth much more than their asking price. If you’re looking to add a lat pulldown to your garage gym, we suggest the Lat Tower from Titan Fitness. It’s our favorite piece of equipment they make and I now own two I liked them so much. Read More

The Kabuki Strength Transformer Bar V4 is the most versatile safety squat bar currently available. After using the previous versions and finding a lot of shortcomings, Chris Duffin and the Kabuki Team have taken the criticism and made a bar that is not only incredibly versatile, but equally easy to use. If you want the best safety squat bar currently made and don't mind paying for it, this is it. No question. Read More