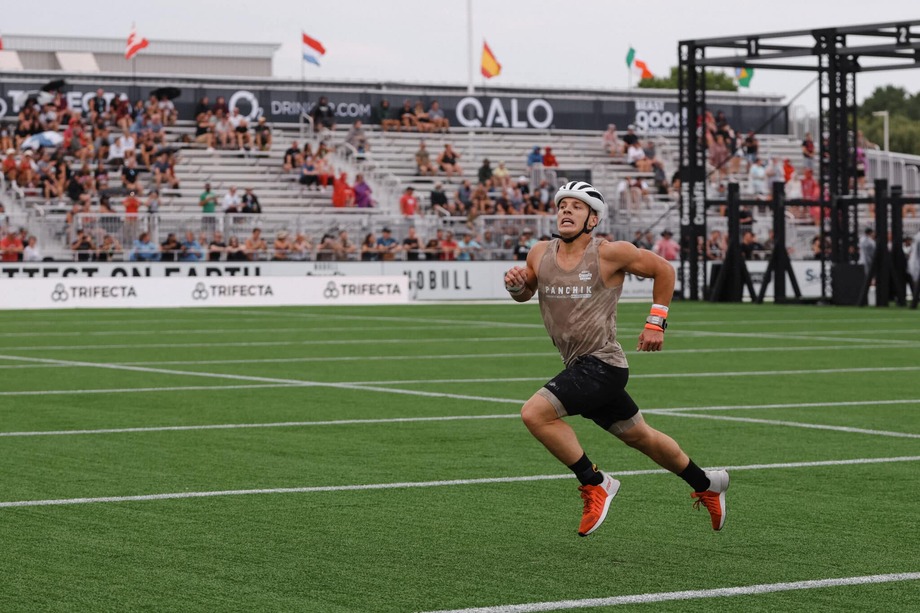 Welcome to our comprehensive CrossFit events calendar! This series of three calendars displays the dates and locations for the CrossFit Games Season, other CrossFit-licensed events, and large non-licensed CrossFit competitions.

This calendar shows the 2023 CrossFit Games season, which starts on February 16, 2023, with the CrossFit Open.

These events include those that are not a part of the official CrossFit Games season, but are licensed by CrossFit, Inc.

This calendar shows CrossFit competitions around the world that are considered some of the largest events, but aren’t officially licensed or sanctioned by CrossFit, Inc.

CrossFit is both a sport and a type of exercise. CrossFit as a sport consists of a competitive season much like traditional sports, such as football and track and field.

CrossFit as a type of exercise is generally defined as functional fitness that increases “general physical preparedness” or GPP. This is the founding principle developed by Greg Glassman, founder and former CEO of CrossFit, Inc. The purpose of CrossFit is to help you become better at all disciplines of fitness: endurance, stamina, strength, flexibility, coordination, speed, and body awareness and control.

CrossFit workouts can range from as little as five minutes to 45 minutes in a class format, although an entire CrossFit class at a gym typically takes about 60 minutes from warmup to cooldown.

Common exercises in CrossFit include box jumps, burpees, pull-ups, push-ups, deadlifts, and squats. You use a variety of equipment in CrossFit as well, including barbells, dumbbells, sandbags, medicine balls, pull-up bars, weight plates, kettlebells, and more.

What are the Best CrossFit Competitions?

If you’re a recreational CrossFitter, local competitions are best for you. At local comps, you’ll get a taste of the greater CrossFit community, which is generally very supportive of newcomers and promotes CrossFit as a lifestyle.

For competitive athletes or those who hope to become competitive, it’s worthwhile to seek out larger events and participate in the CrossFit Open, which is everyone’s starting chance at qualifying for the NOBULL CrossFit Games. Regional competitions and those with online qualifiers, such as Wodapalooza, are good options for hopeful competitors.

Team competitions are something to consider as well. This type of competition is often less intimidating for beginners and more fun than competing as an individual.

When are the CrossFit Games?

The Games events span several days each summer, although the exact time frame varies from year to year. Generally, you can expect the CrossFit games to begin in late July or early August and for the final leaderboard to culminate within a week.

What Divisions are at the CrossFit Games?

In the new Games format, there are 37 divisions:

What are the Major CrossFit Competitions?

The biggest CrossFit competitions are those that are part of the Games season. This includes the CrossFit Open, CrossFit Quarterfinals, CrossFit Semifinals, the Last Chance Qualifier, and the Games.

Who is the Number 1 CrossFit athlete?

Tia-Clair Toomey-Orr, who is a six-time CrossFit Games Champion and an Olympian in weightlifting, is the best female CrossFit athlete.

How to Prepare for a CrossFit Competition?

In short: Go to CrossFit. The only way to prepare for a CrossFit competition is to do CrossFit. You could go to a box (CrossFit gym) where you can work out under the supervision of a qualified coach, but you can also do CrossFit workouts at home and follow online programming.

Are CrossFitters Really the Fittest?

It depends on how you look at it. A CrossFit athlete is like a jack of all trades: pretty good at a lot of things. Elite CrossFitters are really skilled in a lot of disciplines—but for the most part, they won’t beat specialists.

For example, a competitive CrossFit athlete may have an objectively good mile run time or deadlift PR. But it’s unlikely they can beat an elite track-and-field star or a professional powerlifter at those tasks. It’s equally unlikely that either a track athlete or a pro powerlifter could qualify for the CrossFit Games.

What are the Hardest CrossFit Movements?

Since there are so many different exercises in CrossFit, it’s hard to say which ones are hardest: It depends on your fitness background and personal strengths and weaknesses. However, there are several CrossFit exercises that are objectively difficult and take a long time to master. Those are: double-unders, handstand push-ups, muscle-ups, the Olympic lifts (snatches and clean-and-jerks), thrusters, and overhead squats.

Amanda is a content writer and journalist with extensive experience in the health, fitness, lifestyle, and nutrition niches. Before joining Garage Gym Reviews, she worked as an independent writer for various brands and outlets.Her work has appeared in national and global digital publications, including Health.com and Shape.com (Meredith Corporation), CNET (Red Ventures, formerly ViacomCBS), LIVESTRONG (Leaf Group), Verywell Fit and The Balance (DotDash), SlickDeals (Goldman Sachs/Hearst), Health Journal, and more.Now, Amanda brings her expertise in fitness to the GGR team by testing equipment and writing authentic, honest reviews on everything you might need to stock your home gym. 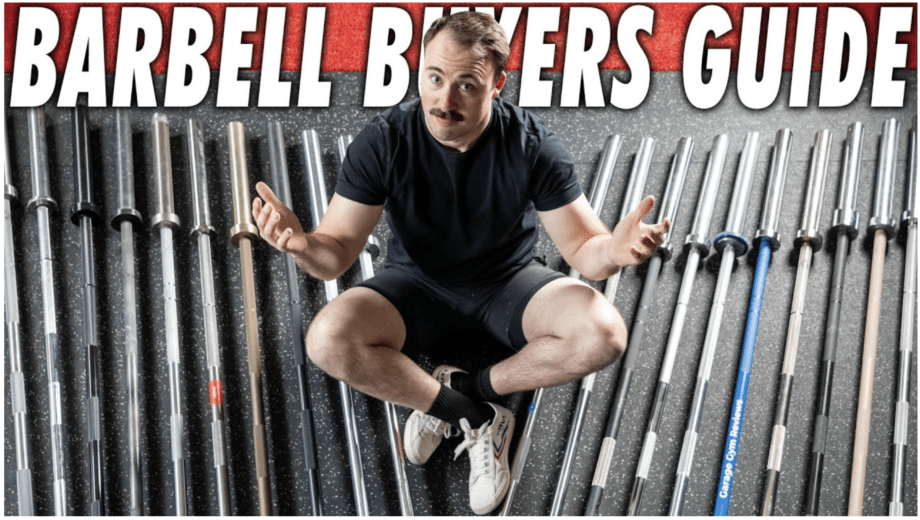 The Best Budget Barbells to Break PRs, Not the Bank (2023)
by Cooper Mitchell

You can break PRs without having to break the bank. Check out our top picks for the best budget barbell on the market. Read more 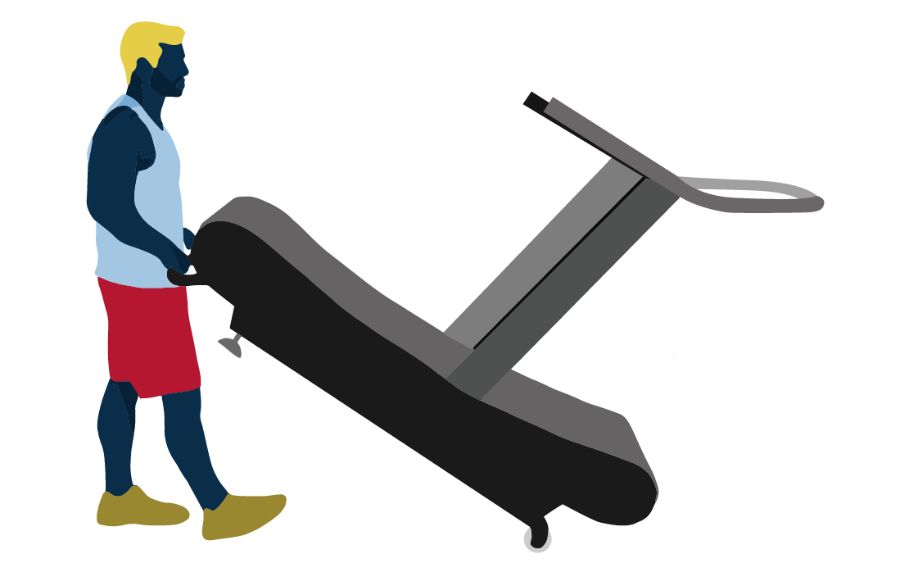 How to Move a Treadmill: Moving Tips
by Caroline Lubinsky, CF-L1

Need to figure out how to move a treadmill? GGR’s got you covered with a step-by-step guide. Read more

Titan Fitness has taken one of their best-selling squat racks, the Titan T-2 and increased the thickness of the steel to 9 gauge and added features we've been asking for since the beginning. This is Titan Fitness' best squat rack yet! Read more 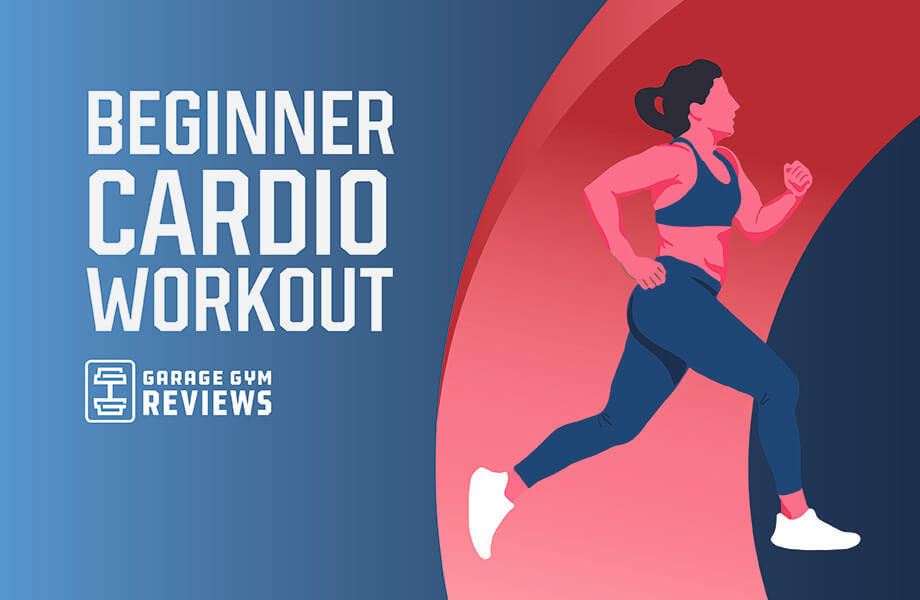 These three beginner cardio workouts are simple to follow and will help those new to fitness get started. Read more