Your Guide to the Best Fitness Gifts This Year
We Search For Coupons All Year Long!
Check Out the Best Presidents Day Fitness Sales
Previous Next
Guides

Drug Testing at the CrossFit Games 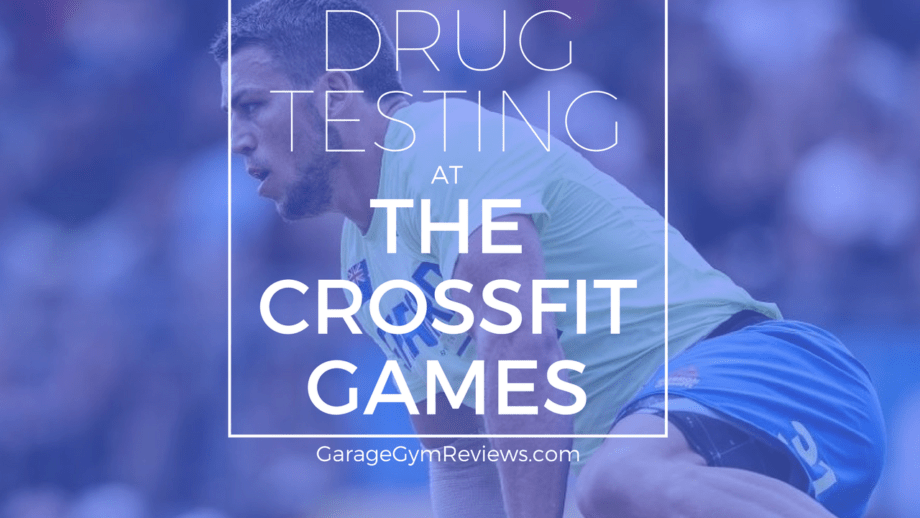 CrossFit athletes have been accused of using performance-enhancing drugs for some time. And with substantiated reason: High-level elites like Ricky Garard have tested positive, literally changing the makeup of the podium for the 2017 CrossFit Games as he was bumped from third place and athlete Patrick Vellner was awarded third.

It appears that CrossFit has gotten more serious with drug testing (or has made the results more public, who’s to say?). Numerous athletes are facing sanctions and, and many lost their position for the 2023 Games.

So what is CrossFit’s drug testing policy? We’ll dive in here.

First off, we need to look at how athletes are currently being tested.

It wasn’t too long ago that CrossFit had no formal testing process in place. And this makes sense, considering the CrossFit Games is very much in its infancy compared to, say, the Olympics.

Starting at Dave Castro’s parents’ ranch in Aromas, California, athletes mainly went for a good time, some tough WODs, and lots of beer.

At the time, it was entirely possible that steroid users were among the participants, but no one would have really known.

However, as the CrossFit Games have progressed, so has everything else:

To combat the use of PEDs (performance-enhancing drugs), CrossFit has adopted a strict “Drug-Free Competition” policy, which is exactly what it sounds like. CrossFit competitors must be completely free of any drug or banned substance if they wish to compete in the Games.

What Drugs Are Banned in CrossFit?

CrossFit’s drug policy states that athletes are not allowed to take any of the following:

Even the legal use of such substances, “such as physician-prescribed hormone replacement therapy or some over-the-counter performance-enhancing supplements,” are banned under the policy. In other words, an athlete needs to scrutinize just about any prescription or supplement they take to ensure it doesn’t contain any performance-enhancing substance that’s banned under CrossFit’s policy.

Exceptions Made for Medical Reasons

CrossFit allows athletes to take banned substances if there is a legitimate medical reason for doing so, but they must obtain a Therapeutic Use Exemption proving so.

Transgender athletes, who may be receiving testosterone or other hormone treatment as part of their transition, can obtain a Therapeutic Use Exemption to still compete in CrossFit Games events.

How Does CrossFit Check for Drugs and PEDs?

CrossFit’s drug policy states that urine or blood samples will be obtained from an athlete and shipped to a laboratory where they’ll be tested, all while protecting the athlete’s identity.

The policy also states all collections will be observed, meaning someone is present while the athlete is providing a blood or urine sample.

The samples are then sent to a World Anti-Doping Agency-approved laboratory to be screened for any banned substances in accordance with WADA guidelines, and to see if the samples were manipulated in any way.

Athletes may also face sanctions if they’re found to be in possession of any banned substances (for example, if a stimulant or anti-estrogen supplement was found in their gym bag).

When are CrossFit Athletes Tested for Drugs?

There are two times in which a CrossFit athlete may undergo drug screening: in-competition testing, and random testing.

Does that mean everyone will be tested? Not necessarily. CrossFit states that it may pick athletes for screening based on how well they finish, or they may be selected at random. All in-competition testing must be done by 11:59 p.m. on the final day of competition, according to CrossFit’s policy.

CrossFit athletes can also be tested for performance-enhancing drugs at any time. The policy states: “All athletes registered in any CrossFit-sanctioned competition are subject to drug testing at any time during the year, including directed, unannounced out-of-competition testing, for any reason.”

Again, this doesn’t mean that if you or one of your friends signs up to be a CrossFit athlete you’ll be picked for a drug screening…but you might.

All athletes must provide CrossFit with their contact information and whereabouts every quarter, the policy states, so that they can be reached if they’re selected for screening. This also means keeping CrossFit aware of any travel plans that may make testing impossible at certain times (failure to do update your whereabouts or providing wrong information about where you are may result in a drug violation).

All athletes will be contacted by a representative from Drug Free Sport, the organization that provides drug screenings for CrossFit, via email, text, or phone call, who will set up a time and place for a collection.

As stated in CrossFit’s Drug-Testing Policy: “CrossFit, at its sole discretion, will publicly announce violations of the CrossFit Games Drug Testing policy once the appeals process is over and a final decision has been reached.”

In other words, CrossFit, Inc has the sole discretion to decide when/if positive test results are announced to the general public. Meaning there could have been many times in which an athlete was caught using PEDs, but we wouldn’t have known.

On the other hand, there have been allegations that CrossFit has hidden when top athletes have tested positive, and it would be nice to put such rumors to rest.

One way, these rumors could be stopped would be for CrossFit, Inc. to allow a third party the discretion to release results.

Examples of how CrossFit Games Athletes are Tested

Every once in a while, an athlete will come out and state when they’ve been tested to prove to fans they’re clean.

Being tested and coming back with a negative result is the best proof we have that an athlete is indeed clean.

Is it foolproof? Of course not, but, at this point, it’s our best evidence.

Björgvin Karl Guðmundsson, a one-time podium finisher at the CrossFit Games, has come out and stated how he’d been tested over the past couple of years, and provided these examples:

Here’s a list of athletes that have either tested positive for banned substances or violated the drug testing policies (if there are others, let me know in the comments section):

Should CrossFit Games’ Athletes be Allowed to Use PEDs?

The goal of the CrossFit Games is to find the Fittest Person in the World, and it does a great job of that. CrossFit athletes are pushing our ideas of human physical potential, and it’s awesome to see.

But should we only see people who are relying on their natural fitness, or should they be allowed to take PEDs to give them that edge.

At the end of the day, that’s for CrossFit to decide. However, they could take a page out of the books of bodybuilding and powerlifting. Both sports have tested and untested federations, and the latter allows athletes to take any PEDs they want. Tested federations have their competitors undergo strict drug testing similar to what’s seen in CrossFit, Major League Baseball, and other sports.

It will likely never happen, which is probably for the best. However, a tested and untested division would be pretty interesting to see.

Yes. Nobody is saying Dianabol would make CrossFitters better (although it could increase their size,) but if you’re telling me, athletes being able to recover faster wouldn’t be beneficial, than we have a bridge to sell you.

CrossFit athletes would be able to handle much more conditioning work without sacrificing strength.

It’s the reason Lance Armstrong took testosterone and endurance athletes the world over get busted for using androgen.

Even if the advantage given was small, when you’re at the top of your sport, every second counts. John Romano, a guy who adamantly claims CrossFit Games athletes are using steroids and that they are effective, has written quite a bit on the topic. Check out out this article for more info. 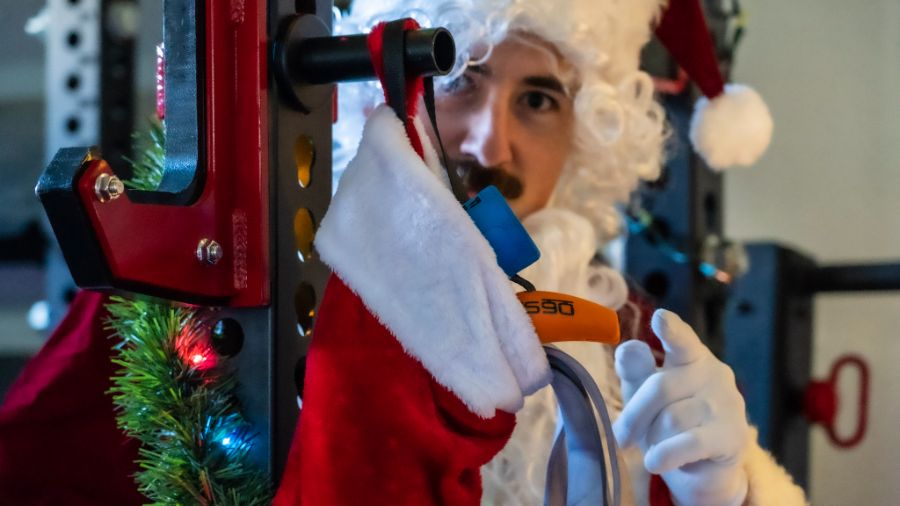 We've compiled the best fitness gifts for just about anyone in your life: beginners, weightlifters, runners, and tech junkies! Plus, find budget-friendly and stocking stuffer ideas. Read more 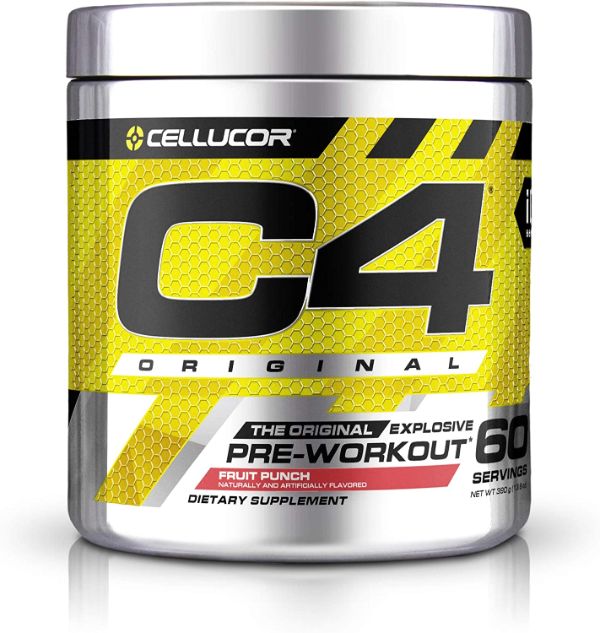 The Best C4 Coupon Code to Save on Energy Drinks and More in 2023
by Anthony O'Reilly, CPT

CrossFit athletes have been accused of using performance-enhancing drugs for some time. And with substantiated reason: High-level elites like Ricky Garard have tested positive, literally changing the makeup of the podium for the 2017 CrossFit Games as he was bumped from third place and athlete Patrick Vellner was awarded third.It appears that CrossFit has gotten more serious with drug testing (or has made the results more public, who’s to say?). Numerous athletes are facing sanctions and,  » Read more about: Drug Testing at the CrossFit Games  » Read more 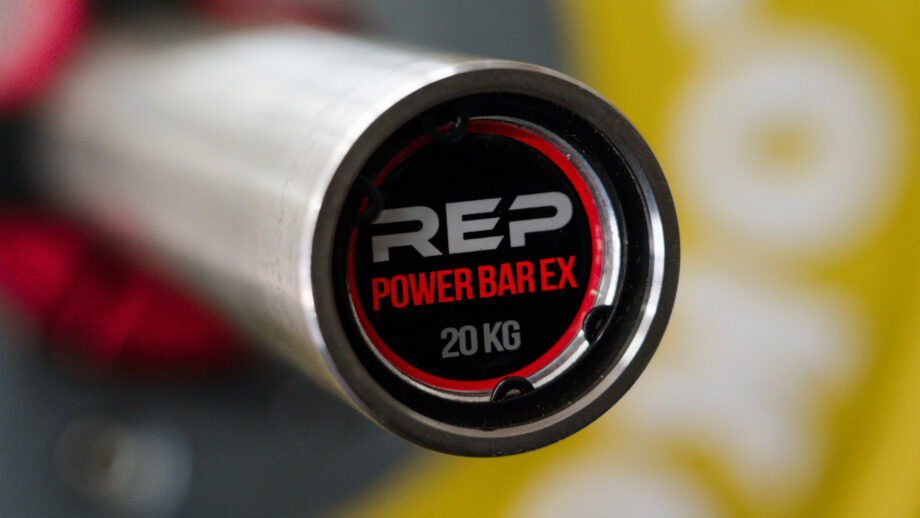 The Rep Deep Knurl Power Bar EX is the best barbell Rep Fitness has released to date. It's fully stainless, from end cap to end cap, has an incredible knurl similar to more expensive bars, and hits the details in every area. If you want a top-shelf barbell at a pretty fair price, then we don't hesitate in recommending the Power Bar EX. Read more

I’ve tried out dozens of the best exercise bikes for your home gym in the quest to find the best Peloton alternatives. Read more