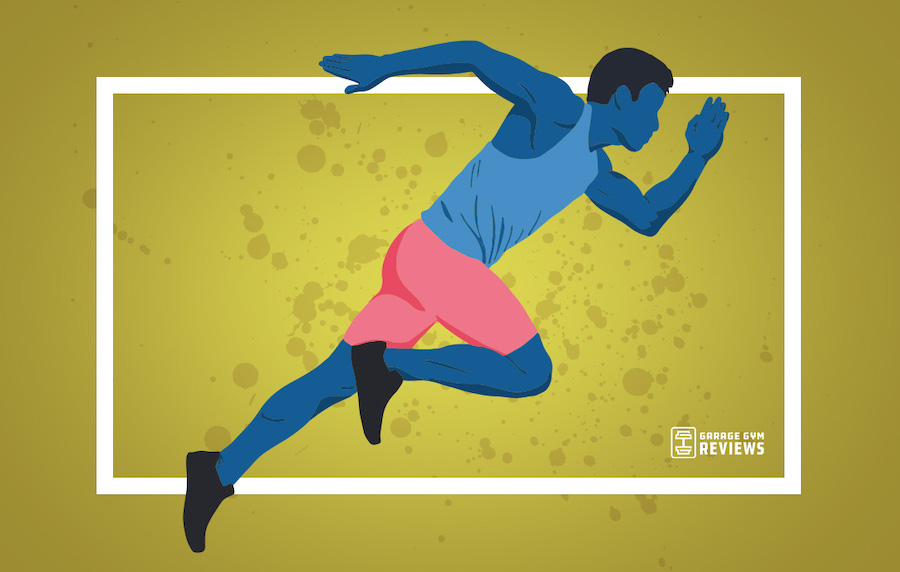 Metabolism is a word that’s thrown around loosely, but it’s actually quite complex. People generally refer to metabolism as how quickly (or not quickly) you burn calories, and while this is part of it, it isn’t the whole story.

Your body relies on metabolism to provide the energy you need to exercise (or do anything, really). There are two types: aerobic and anaerobic. The end goal of each is the same—they produce energy in the form of ATP—but the road to get there, and how efficient that road is—is a lot different.

We don’t want to give you flashbacks of biochemistry class, but we think understanding the difference between aerobic vs anaerobic metabolism, and how each works for you, is an important part of any fitness journey. In this guide, we’ll explain each type and why it matters.

First Of All: What Does Metabolism Even Mean?

Metabolism1 is a general term that encompasses all of the chemical reactions in your body that take place to keep you alive. On a basic level, that means the processes that break down the food you eat and convert it into energy for your cells.

To put it into context: An example of catabolism is when you eat protein and your body breaks it down into amino acids. Anabolism occurs when your body takes those amino acids and rebuilds new proteins and muscle with them.

“Although the end goal is different, both of these forms of metabolism require (and use up) energy. They’re also involved in the creation of that energy,” says Amanda Capritto, certified personal trainer and GGR editor. For example, when you eat food, your body breaks it down into calories and glucose (catabolism) and uses that to make adenosine triphosphate, or ATP, (anabolism) which is your body’s energy source.

How Does Metabolism Apply to Fitness?

Now that you’ve had a quick biology deep dive, the obvious next question (you are on a fitness site, after all) is: How does this apply to fitness? We’ll dig deeper in the sections below, but the quick answer is that the energy created as a byproduct of metabolism fuels your workouts. Whether you’re running a marathon or weightlifting, you need ATP molecules in some form to get through. There are two forms of metabolism that your body uses to create the energy you need.

What Is Aerobic Metabolism?

Aerobic metabolism2, also called aerobic respiration, cellular respiration, and oxidative metabolism, is the process of creating energy from carbohydrates, fatty acids, and (to a lesser extent) amino acids from protein in the presence of oxygen. This is a complicated, multi-step process but we’ll try to avoid the biochemistry deep dive and give you the Cliff Notes version instead.

Aerobic metabolism relies on three stages3: glycolysis, the Krebs cycle (also called the tricarboxylic acid (TCA) cycle or citric acid cycle), and oxidative phosphorylation. All three stages occur in the mitochondria, which, if you remember from freshman biology, is the powerhouse of the cell. Here are the steps on a very simple level:

Glycolysis takes place in the cytoplasm, or the fluid right outside the cell’s nucleus. Glucose is broken down into two molecules of pyruvate—this releases energy in the form of ATP. The pyruvate is then combined with oxygen (this is the aerobic part) and turned into two molecules of Acetyl CoA.

NADH and FADH4 carry electrons down an electron-transport chain, moving hydrogen ions across the membrane of the mitochondria as they go. This creates an electrochemical reaction that produces ATP in the process.

When all is said and done, there are about 32 molecules5 of ATP produced from one molecule of glucose.

What Is Anaerobic Metabolism?

Anaerobic metabolism is the creation of energy (ATP) without oxygen6. It relies on glycolysis, which if you remember from above, involves breaking down glucose into two molecules of pyruvate, which then produces two molecules of ATP. However, because there’s no oxygen uptake involved, the biological pathway is different.

Instead of making its way into the mitochondria, pyruvate is converted to lactate with the help of an enzyme called lactate dehydrogenase. Your muscle cells don’t use lactate directly; instead this triggers the creation of NAD+ from NADH, which pushes glucose through glycolysis. This process is called anaerobic glycolysis.

This process is less complicated than aerobic metabolism, but it’s also less efficient. At the end, you get two molecules of ATP.

Lactic acid inevitably comes up when talking about anaerobic metabolism. To this day, many people think lactic acid is responsible for delayed onset muscle soreness (DOMS), but this was actually debunked7 all the way back in 1983. Nevertheless, it’s a misconception that stood the test of time, so let’s clear that up.

“Lactic acid is produced when the body breaks glucose down through anaerobic metabolism. The lactic acid is leftover as a byproduct and does build up in your muscles to some extent, but it’s typically cleared out within an hour,” Amanda says.

Benefits of Aerobic vs Anaerobic Metabolism

While the physiological processes behind aerobic and anaerobic metabolism are vastly different, they both have some notable benefits.

Aerobic metabolism is much more efficient than anaerobic processes. As a reminder, aerobic respiration yields 32 ATP molecules compared to the two you get from anaerobic metabolism. Because of this, it can sustain you through higher oxygen consumption aerobic exercises.

Aerobic metabolism can also break down fats and protein, in addition to glucose. Anaerobic energy can only be created from glucose or glycogen in the muscles.

When it comes to health, aerobic exercise is pretty well-known for improving your heart health. Specifically, it can reduce blood pressure8, improve your lipid profile, and reduce your risk of heart disease.

Anaerobic metabolism may not be as efficient, but it’s much faster. Because of this, anaerobic respiration is essential for quick bursts of energy that can’t wait for glucose to go through the entire aerobic cycle. Without it, you wouldn’t have the energy for the quick skeletal muscle contractions needed for faster pace exercises, like sprinting.

Anaerobic exercise also has a positive effect on C-type natriuretic peptide (CNP), which plays a huge role in your heart and vascular health. It helps maintain electrolyte balance9 and vascular tone (or the constriction or dilation of your blood vessels), which can lower your blood pressure. It also helps prevent cardiac aging.

Types of Exercise That Use Aerobic Metabolism

The name probably gave it away already, but aerobic exercises rely on aerobic metabolism for energy. Because you’re working out at a lower intensity and your oxygen consumption increases, your body has the time and the oxygen to create the ATP it needs through the lengthier three-step aerobic process.

Examples of exercises that use aerobic metabolism include:

Types of Exercise That Use Anaerobic Metabolism

The exercises that use anaerobic metabolism are typically shorter in duration and much higher intensity. These exercises involve fast-twitch muscles and rely on energy created from your muscles in the absence of oxygen. They include:

What is the main difference between aerobic and anaerobic processes?

The main difference between the two types of metabolism is the reliance on oxygen. Aerobic metabolism requires the presence of oxygen, while anaerobic doesn’t. The other major difference is in how much energy is created at the end of the process, and how long the specific type of metabolism can sustain your workout.

Is Aerobic Or Anaerobic Metabolism Faster?

How Do I Know If I’m Anaerobic?

Anaerobic metabolism kicks in at about 80% to 90% of your maximum heart rate (MHR), while working at 70% to 80%10 of your MHR puts you in the aerobic zone. “If you’re not measuring your heart rate, a good clue that you’re anaerobic is that you’re breathing really hard and unable to carry out complete sentences,” Amanda says.

2. Matsakas, A. Aerobic metabolism. Encyclopedia of Exercise Medicine in Health and Disease. 2016. 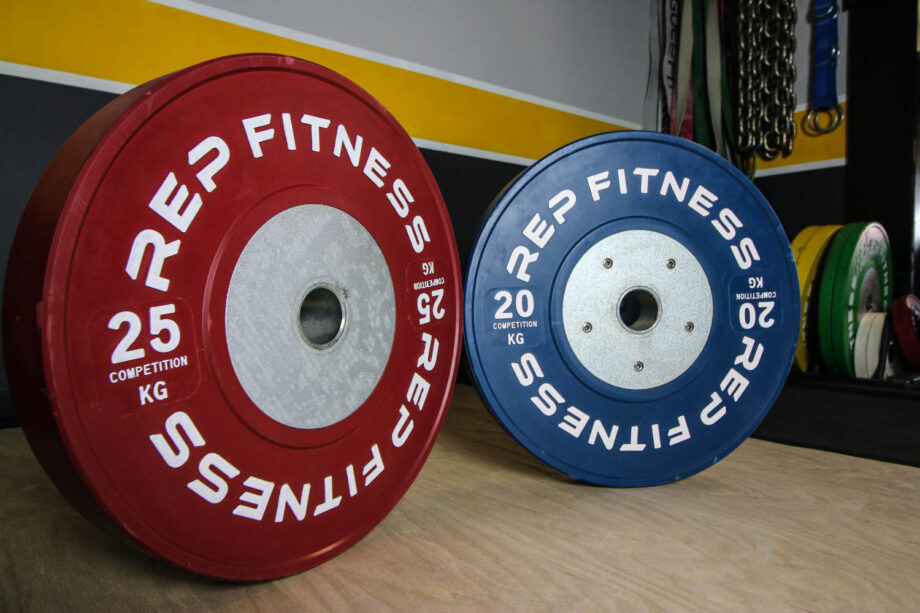 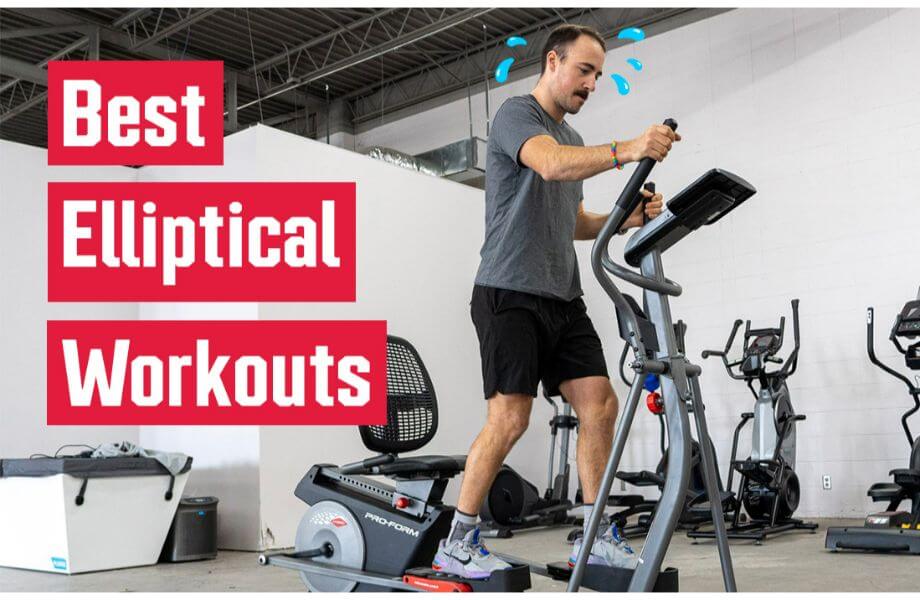 Best Elliptical Workout (2023): A Trainer Weighs in So You Can Crush Your Fitness Goals
by Amanda Capritto, CPT, CNC, CES, CF-L1

Get fit with our guide to the best elliptical workouts for weight loss, fat burning, endurance, and more. Read more 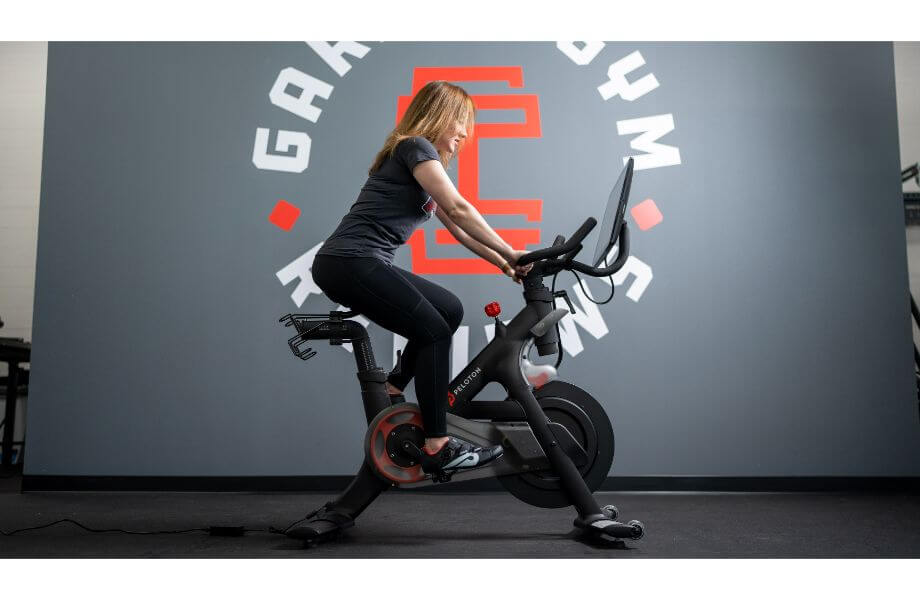 Peloton Bike vs Bike Plus (2023): Is the Sequel Better Than The Original?
by Anthony O'Reilly, CPT

Sequels are rarely better than the original, but our Peloton Bike vs Bike Plus comparison piece makes a strong case for the upgraded exercise bike. Read more 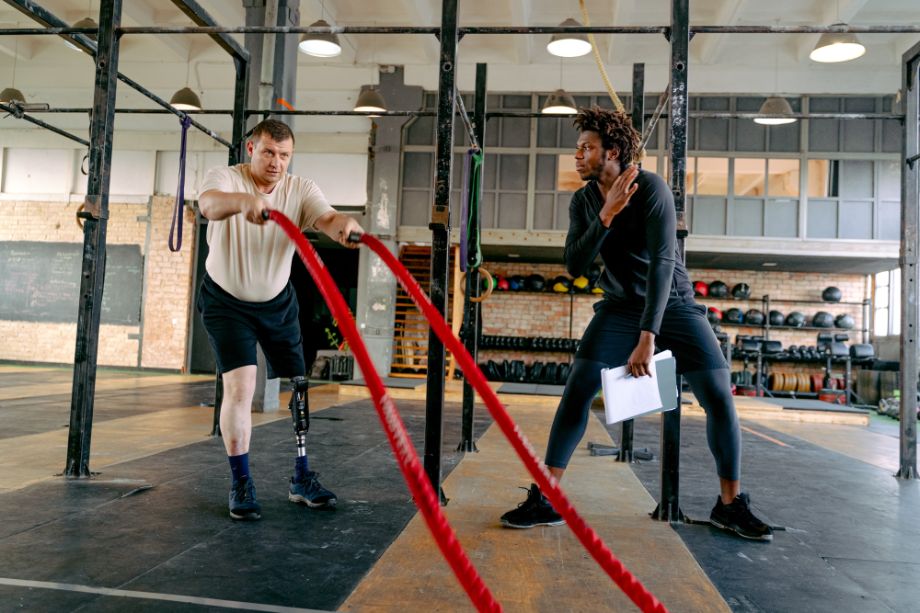