The Fray Fitness Functional Trainer is an excellent value home gym cable machine. Although it states it is "commercial-quality," we disagree, but that does not mean it's not a good machine. It is one of the cheapest functional trainers you can get with 200 LB weight stacks. If you have a home gym and want to add a cable machine on a budget, this is a good option. Fray Functional Trainer Commercial Line
The functional trainer is by far the most versatile and widely used piece of equipment in the industry. It is used in home gyms across the globe as well as commercial gyms and everything in between. The Fray Fitness model is a commercial-grade unit consisting of 198-pound dual weight stacks. This functional trainer is solidly constructed with industrial-grade strength 11 gauge steel throughout.  The pulley system provides an extremely smooth glide up and down. It is a quick-adjust pulley system with 19 different adjustment slots. You are also able to perform pull-ups and chin-ups with the pull-up bar. Also comes with a pair of D-grip handles. Does not come with any other attachments pictured.  Every inch of this is fully commercial. There were no shortcuts taken: --Pulleys are strong and thick and we stand by that statement by offering a full 5-year warranty on them. That is by far an industry-leading warranty on pulleys --Cables are extra strong and the thickest on the market --Guide rods are full metal all the way through and not hollow in the middle like others 2:1 ratio. Ships partially assembled. Easy assembly. Approximately 90 minutes. We have techs available daily to help with assembly questions when needed as well. Assembled weight: 910 pounds Height: 90: Width: 66: Depth: 36" WARRANTY: Frame: Lifetime 5 FULL YEARS ON OUR PULLEY'S 18 Months on cables, pins and hardware for commercial use and 36 months for home use.

The Fray Fitness Commercial-Grade Functional Trainer is one of the best value functional trainers on the market for those trying to build a budget home gym. Now, I want to make this clear from the start, although they call it “commercial-grade”, to be completely honest, I disagree. Now, that does not mean that it's not good. However, "commercial grade" brings up connotations that this is designed for extremely heavy use, uses the highest quality and most expensive componentry, and has the heaviest stacks you can buy. I don't think it meets that standard, although I do still recommend it. I think this is a good home gym friendly functional trainer at a tremendous value, but I don't think it's commercial grade.

Who is Fray Fitness?

Fray Fitness is a company that's been on the block for a very short period of time. I met the owner. He actually came down and brought the Functional Trainer with him (so, thank you for letting us review it.) I was able to meet him and they have a unique model. His idea is basically to import equipment and provide the best prices that's available on gym equipment. So if somebody is providing a better price, his goal is to basically beat everybody on price. He's like, "I don't mind running thin margins. I just want to beat people on price. I want to offer a similar level of equipment that they are like a Titan Fitness, Rep Fitness, Get RX'd, but even cheaper.

Fray Fitness is based out of Memphis, Tennessee (very close to Titan Fitness) and are importing most, if not all of their equipment.

What We Like About the Fray Fitness Functional Trainer?

I've had the Fray Fitness Functional Trainer for about two months now, and I've been able to put some time training with it for various movements like cable crossovers, cable curls, face pulls, and I think I've got a good idea on it.

The Fray Functional Trainer is designed with 200 pounds stacks on each side. It has a 2:1 ratio or so, so it's not quite 200 LB when you're pulling on it, but for the purposes of a cable machine, it does what you need it do. The idea behind a functional trainer, if you've ever been in a commercial gym, these aren't as popular and home gyms because they take up so much space, is that you're able to do all sorts of "functional" cable exercises. Now, exactly how "functional" a functional trainer is, is certainly up for debate. However, there are many movements allowed by a functional trainer that simply cannot be replicated without one.

I do think these sorts of accessory movements are becoming more popular in home gyms because bodybuilding is becoming popular again (fitness runs in cycles) and also because the price point on functional trainers is much lower than they used to be. Most functional trainers cost many thousands of dollars. For instance, I have a FreeMotion Genesis Dual Cable Cross in my training studio and retails for about $6,000, not including shipping. It's a very nice unit, much better than this unit, but it also costs about five times as much as this unit and is definitely not a piece of equipment I'd recommend to most people to put in their home gym.

The reason I recommend the Fray Fitness Functional Trainer is largely based on it's price to features ratio. This is what I like to call a "great value" and should be the equipment that most people strive to fill their garage gym with.

First off, the weight stacks on the Fray Functional Trainer are relatively heavy at 200 pounds. This isn't the heaviest stack that's out there (there are some that are upwards of 350 LB per side.) But, for most people, for the type of isolation movements that are going to be done with this, the weight is more than enough.

The Fray Functional Trainer does have quite a few different options for adjustments. Rather than actuating arms like you see on the higher-end functional trainers (that are more expensive, but a better design) the pulleys slide up and down on two uprights and lock in place with a pop pin. All of the pulley's swivel making it easy to do a variety of movements.

The top of the Fray Functional Trainer has a multi-grip pullup bar. The pull-up bar does use thin bars and slick powder coat, but it's nice that they are available. The powder coat on the pull-up bar is the same as what's on the rest of the machine. It's slick, but should provide good corrosion resistance over time. The model I received to review is silver, although they now have other colors like black (my favorite) and red.

The weight stacks go up and down on chrome-plated guide rods. These are solid rods that are the same as what are found on just about every high-end functional trainer. They work well, feel smooth, and if oiled properly should last a long time.

All in all, the Fray Fitness Functional Trainer is a great option for anyone wanting a compact functional trainer in their home gym at a budget price. It's not the best, but I don't think most people will find some of the corners that were cut a big deal. We do recommend this piece.

What We Don't Like About the Fray Fitness Functional Trainer?

Although there is a lot to like for the price on the Fray Functional Trainer, there are certainly some things that could be improved.

The biggest issue on this functional trainer are the pulleys. The pulleys are definitely the weak link in the system and although they shouldn’t prove to have too many issues in a home gym, if something is going to wear, this is it.

Although Fray’s website says the cables are the strongest in the industry, this does not seem to be true. They’re not bad cables, but I’ve definitely used cable systems with thicker guage cables like the Rogue Rhino Belt Squat.

The Fray Fitness Functional Trainer is an excellent value home gym cable machine. Although it states it is "commercial-quality," we disagree, but that does not mean it's not a good machine. It is one of the cheapest functional trainers you can get with 200 LB weight stacks. If you have a home gym and want to add a cable machine on a budget, this is a good option.

PowerBlock Adjustable Dumbbells Review (Plus Comparisons to All Competitors)

PowerBlock Adjustable Dumbbells are, by and large, the best adjustable dumbbells currently available. The rectangular profile is a bit unusual, but it only inhibits a few movements and for what it lacks in that area, makes up for it in durability and value. After testing, quite literally, every make and model of adjustable dumbbell, we believe that Powerblocks are, for most people, the best. Read More 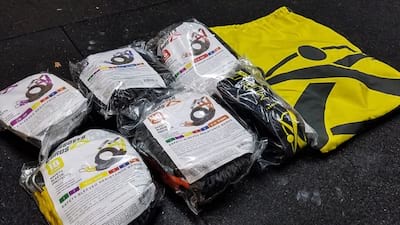 Crossover Symmetry is a rotator cuff/scapular activation and strength program designed to improve overhead performance and increase strength and mobility. Through testing of the program over the course of a year, we can confidently say that Crossover Symmetry met and exceeded our expectations and we recommend it to everyone who desires healthier shoulders and better performance. Read More 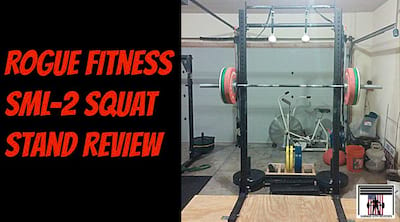 The Rogue SML-2 Squat Stand is one of the best squat stands available. It's stout, has many accessories available, and is priced really well. We highly recommend the SML-2 for anyone that wants a squat stand that doesn't take up a ton of space. Read More 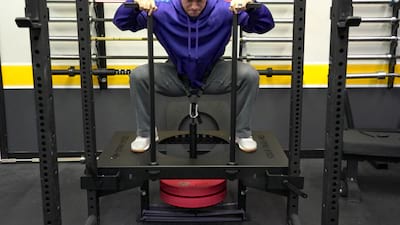