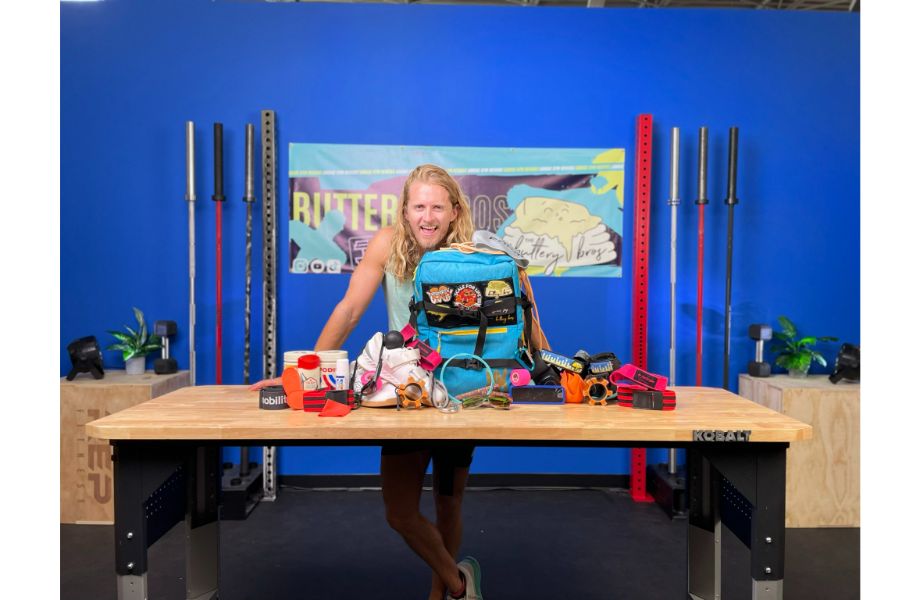 Heber Cannon and Marston Sawyers (also known as the Buttery Bros) got their not-so-humble start working corporate jobs at CrossFit headquarters. After a layoff left the two out of work, they decided to combine their passions of CrossFit and creating films into their own business. They call themselves the Buttery Bros, a name inspired by their go-to way of describing a perfect take as being “like butter.”

Although they officially started Buttery Bros in 2019, this wasn’t their first foray into making compelling videos––three of their films were already in the iTunes Top 100 Documentaries of All Time. The duo describes their content style as “fitness vlog meets travel tourism.”

The Buttery Bros have a ton of content to create and fans to please (after all, they have over 180,000 YouTube subscribers) so it’s no surprise that Heber and Marston have to stay mega-organized. They’re on the go constantly, getting princess-level slumber in hotel rooms and rubbing elbows with CrossFit royalty. What a tough job.

Even with the constant travel, both Heber and Marston are always training, which is quite impressive considering they’ve only been home one month in the past year. I was eager to take a peek into Heber Cannon’s gym bag, and believe me, it didn’t disappoint. Hopefully some of that Buttery Bros magic will rub off on me (and not just the smell of sweaty socks).

Does Heber Cannon Have an Actual Stick of Butter in His Bag?

Traitorously, Heber Cannon does not have butter on-deck (at least when he showed the folks at Garage Gym Reviews his gym bag). However, he did have pretty much everything else under the sun in his specially-designed Kriger Pack. The light blue and yellow bag is adorned with Buttery Bros patches, and it looks relatively clean for being more well-traveled than I am.

Heber starts by proudly showing off his orange Rogue OSO barbell collars, which dangle precariously from dual carabiners on the outside of his pack.

“We travel a lot to gyms where the collars are subpar,” Heber admits. “I like my weights to stay on.”

After unsnapping the various clips on the sides of his pack, Heber is ready to show off the goodies inside. The backpack splits symmetrically in half like a miner unearthing a precious gem. Truly a magical moment for gym rats everywhere. I think my breath caught in my throat.

Marston unzips the next compartment in the Mary Poppins-esque bag and pulls out a Buttery Bros RPM Jump Rope. The handles are slim and have adorable little butter cartoons printed on them. I think I’d hit 300 double-unders in a row if I was using this jump rope.

Next, Heber flings a set of pink lifting straps out of his bag, which admittedly look like the strips of Hubba Bubba I used to chew as a kid.

“These are my straps in case I don’t want to use my grip,” Heber explains. “And then if I want to protect my grip, here are my RooGrips.”

Hydration and getting prepped to lift heavy weights are clearly important to Heber. Haven’t you seen his moisturized curls and jacked biceps? For these two necessities, which are obviously outlined in Maslow’s Hierarchy of Needs, Heber uses Podium Fuse and Podium Hydro and Salt.

Two small rolls of tape in the same color as the lifting straps come out next.

“For thumb support,” Heber admits. “I like to keep my thumbs nice and supported for that hook grip.”

Everyone needs a good gym timer, and the portable GSGO Timer fits the bill for the always-moving Buttery Bros. Plus, it was a gift from friend and CrossFit veteran Lauren Fisher. It can’t get much more wholesome than that.

With the other items still strewn haphazardly across the table, Heber pulls out his TYR L-1 Lifters next. He explains that he was just sent these by the brand and was already liking the angle of the heel (along with the fresh design).

“Look at this,” Marston interjects excitedly, showing off a feature of the gym bag. “You have a little string to hold down your shoes!”

As a card-carrying member of the easily amused club, I, too, was fascinated by the fun string inside the gym bag.

Heber then whips out a pair of Buttery Bros sunglasses from inside one of his lifters.

“I like to stay strapped,” Heber admits with a grin.

Marston unzips the middle compartment to reveal additional items, including hair ties for Heber and a lacrosse ball to roll sore muscles out on.

The Buttery Bros favorite part of their Kriger Pack? The stink sack!

Yes, you heard me correctly. Inside the gym bag lives a stink sack, which is unsurprisingly printed with more cartoon butter sticks. The purpose of the stink sack is to hold your sweaty and stinky items without making the rest of your clean items smell bad (genius). And to think I could have avoided years of my soccer bag smelling like a rotting pig pen if only I had a stink sack…

Heber says he sometimes likes to leave the stink sack zipped outside of the bag if it’s a particularly rank set of clothing.

However, today, Heber doesn’t have his nasties tucked away inside of the stink sack. Instead, he’s got a pair of his favorite swim goggles from TYR, a WHOOP Hydrosleeve, and a FORM swim cap inside.

Heber then transitions to displaying a set of thin, Rogue Monster resistance bands, which are ideal for a quick pump.

Heber and Marston furiously start doing curls and lat pull aparts to demonstrate their useability (or to show off their muscles, I’m not sure which).

Marston then picks up a set of heel lifts, which can be used inside of shoes to provide an ideal angle for better form and depth during certain movements.

“Are these even legal?” Martson jokes, directing his question at Heber.

Heber hastily answers that they’re good for pistol squats, and proceeds to whip out yet another carabiner with a cloth band attached.

“I use this a lot for banded marches,” Heber explains. “I stick a band through the loop and connect the band to a squat rack.”

Next, comes the most controversial thing Heber has in his bag: The BFR Cuffs from SAGA.

“I’d give these a 5 out of 10,” Heber says honestly. “They don’t really ever connect with the app, and they don’t stay charged very long.”

Heber goes on to say that they do work well for restricting blood flow to the arm, which is the main purpose, hence his wishy-washy rating. You’ll likely get a quicker pump because all the blood will flow to the spot you’re focusing on.

As Heber shows off his Rogue VooDoo Floss Band (which he admittedly doesn’t use very often), he begins to close his gym bag.

“What about your lifting belt?” Marston questions.

Heber quickly flings his massive bag over, spilling some of the contents in the process. But that is nary the point: He gets to show off one last Buttery Bros-themed item, which he wraps around the back of his pack.

One thing is clear: Heber and Marston attack everything with enthusiasm. Whether it’s diving head first into a new business, filming an epic video, or even just showing off the contents of a gym bag, they plan to give it 150%.

And people like that? They’ll do more than change the game––they’ll flip it on its head––and do it with gusto.

Caroline is a former NCAA D1 Women’s College Soccer player who also played in the WPSL, the second highest level of professional women’s soccer in the United States. Although soccer was her first love, Caroline eats, sleeps, and breathes all things fitness. She credits her high school’s football coach, Jason Estep, with teaching her how to properly use a barbell at 15 years old and inspiring an enduring love for strength training. Caroline is also a CrossFit Level 1 Trainer. Content wise, Caroline has a background in Public Relations and previously worked in the Communication department at Appalachian State University. When Caroline isn’t writing or working out, she works with dachshund rescue groups and listens to way too many true crime podcasts. 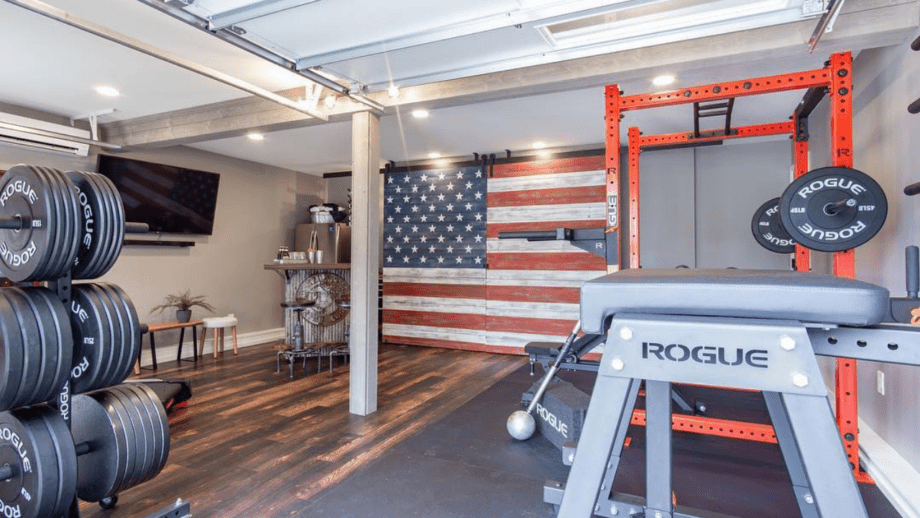 So you want to build a gym at home, but you're not sure how much you should expect to spend. You're not alone; this is by far one of the most asked questions we receive. We've detailed just how much you can expect to spend and believe it's likely much less than you think. A home gym can not only be built on a budget, but it can also be an extremely smart financial decision. Read more 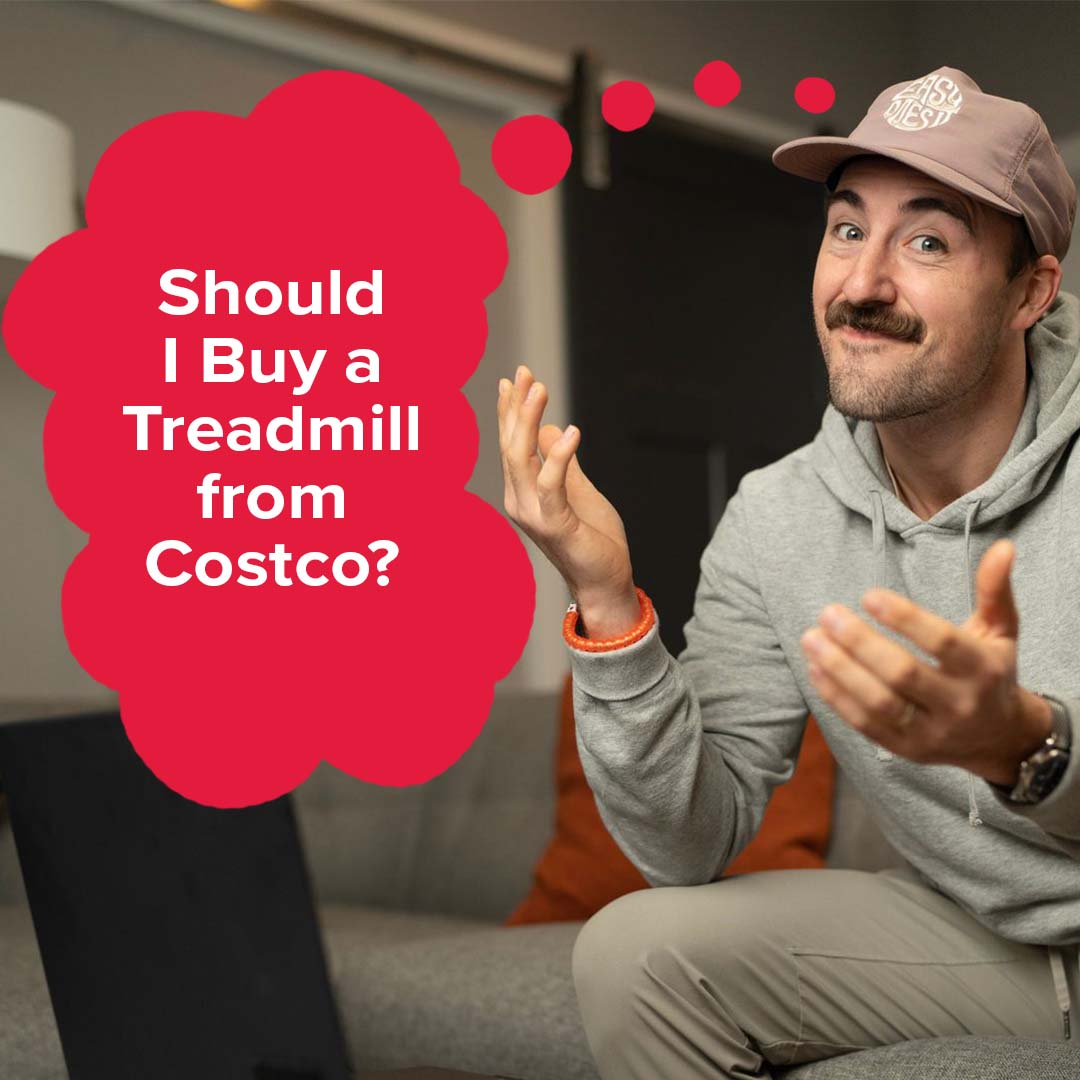 Treadmills at Costco: To Buy or Not to Buy?
by Nicole Davis, CPT, PN1-NC

Should you buy a treadmill at Costco? GGR weighs the pros and cons. Read more 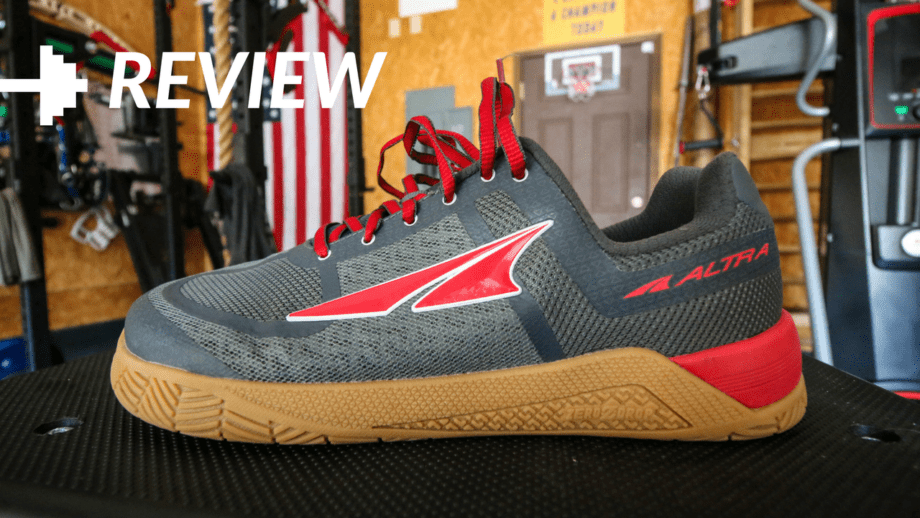 The Altra HIIT XT Training Shoes are the biggest surprise training shoe to be released in 2017. Not only are the Altra HIIT XT's comfortable, but they're also durable and stable. After putting the HIIT XT's through many different workouts, we can confidently recommend them to anyone looking for a great training shoe for CrossFit-type workouts. Read more 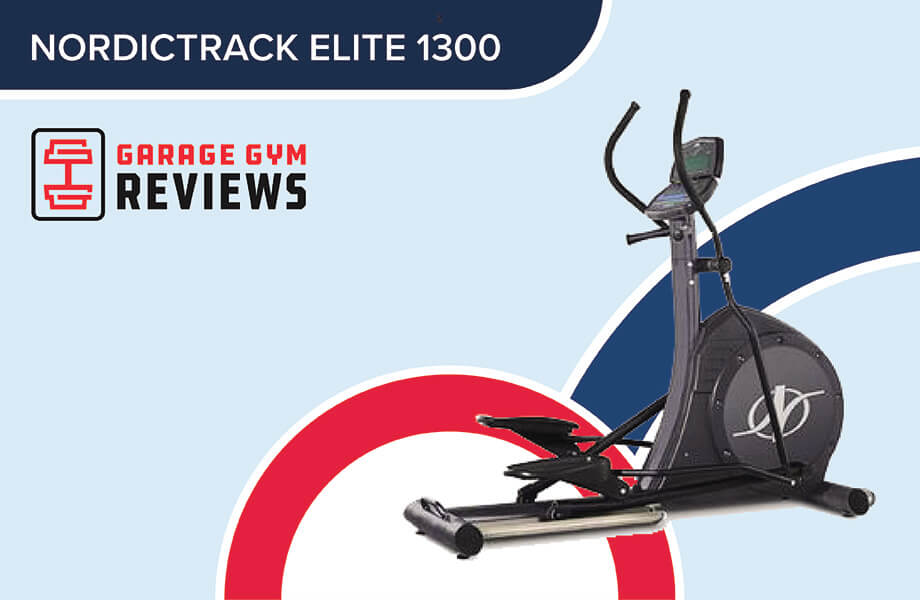 In our NordicTrack Elite 1300 review, we take a look at the specs of this now-discontinued treadmill. Read more