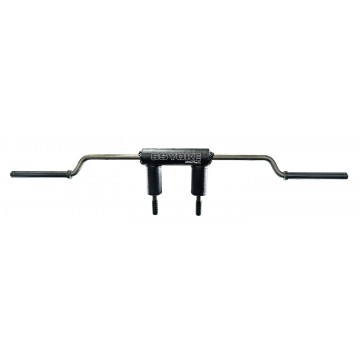 As we worked through this process, we quickly discovered that a small change in one aspect created flaws in others. The goal was to eliminate these negative aspects, not to create more.

As we worked through this process, we quickly discovered that a small change in one aspect created flaws in others. The goal was to eliminate these negative aspects, not to create more. For example, making the pad denser (so that it wouldn’t break down like all of the others) changed how the bar would sit and move on the lifter’s back. The length of the handles also affected how the majority of lifters would come out of the bottom of the squat. In turn, the length of the bar affected the stability, the handle thickness, the stress on the arms, the length of the camber, the strength of the bar, etc. Therefore, this process– what we thought would be a couple of simple upgrades, became a major project. In time, however, we did get it done. This bar now has…

* A denser and longer neck pad that will not break down and sits perfectly on the upper back.

* Shorter but thicker handles that allow the lifter to support the bar without aiding in the lift or tossing the lifter into a compromising position.

* A longer bar camber that greatly increases the strength and rating of the bar. While we know this bar is rated over 1500 pounds, this really doesn’t mean anything. We already know ratings are worthless in real world applications, as we all have seen MANY 1200-pound rated power bars bend with less than 400 pounds. Our real world way to test the strength of the bar is to load it with 600 pounds and ask LiL Stevie (6’5 350 pounds) to toss it off his back and onto the rack spot pins. With the “LiL Stevie method,” we were able to find out what bars would bend, break, or stand up to the challenge. NOTE: It was also a blast to watch!

* Some other upgrades include, better packaging so your bar arrives AWESOME, higher quality handle grips, and a clear coated finish. 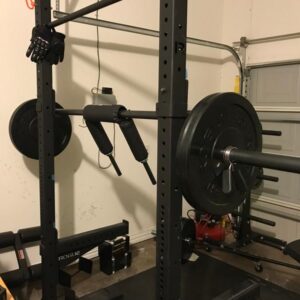 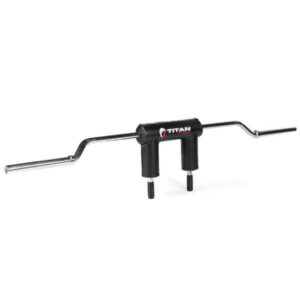 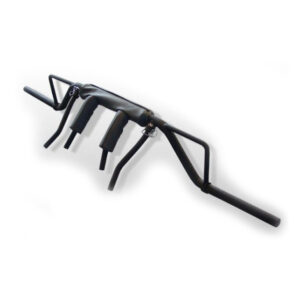