Acme Sledgeworks Triad ReviewSuggested ImprovementsFull RatingWhere to Purchase
The Triads from Acme Sledgeworks are a triangle-shaped "dumbbell" that can be used in a similar fashion as dumbbells and kettlebells with some unique advantages. We love the use of unconventional equipment to increase engagement and interest and training and the Triads hit the nail on the head in this area.
What our users say star star star star star 0 reviews
Own this product?
Leave a Review
Tweet 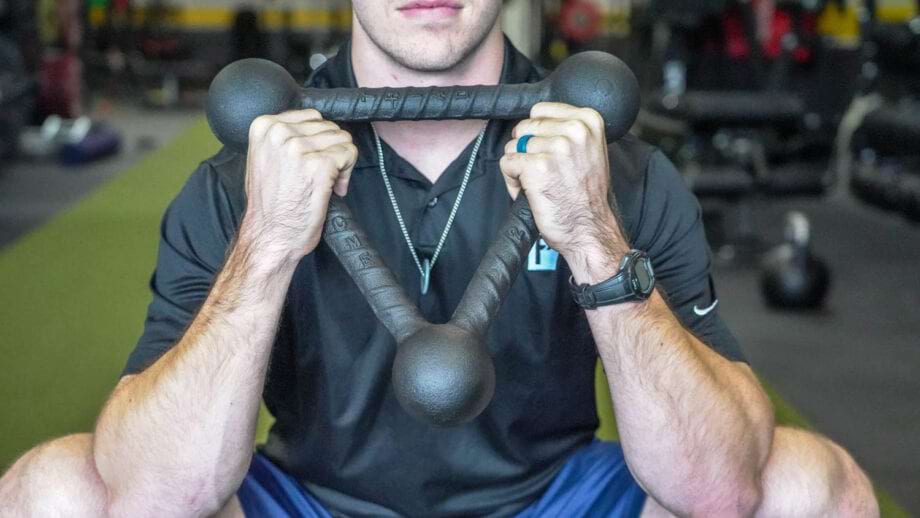 The Triads from Acme Sledgeworks are a triangle-shaped "dumbbell" that can be used in a similar fashion as dumbbells and kettlebells with some unique advantages. We love the use of unconventional equipment to increase engagement and interest and training and the Triads hit the nail on the head in this area.

We review free products that we receive and participate in affiliate programs, where we may be compensated for items purchased through links from our site.
See our disclosures page for more information. Acme Sledgeworks Triads
(6 ratings & reviews)
Tha ACME TRIAD bundle package is a great deal on the 5, 10 and 20 lb cast iron combo. This is  the perfect package for one or several users offering varying weight for different regiment intensities and needs. And they look really awesome stacked! 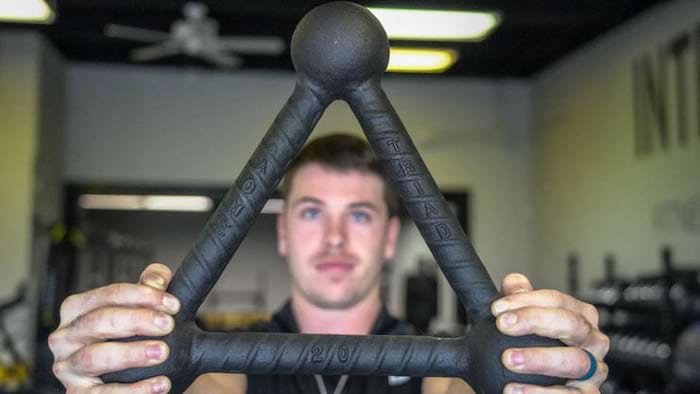 Want to get strong and healthy? Then you should squat, deadlift, bench, overhead press and move your body through full ranges of motion often. It really can be that simple. However, squatting, deadlifting, benching, and overhead pressing can get boring if that's all you're doing.

Ask anyone who's been training for long enough and they'll tell you that although there are things that are optimal, there are some things that can be done to keep you from getting tired of training optimally. 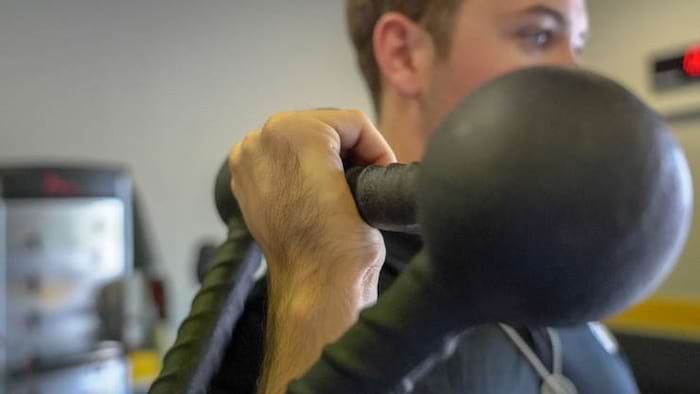 One of the ways I and many others increase our enjoyment of training is by adding in various training tools and movements. One piece of equipment I've been incorporating into my training to increase engagement is the Acme Sledgeworks Triads.

The Acme Sledgeworks Triads are a triangle-shaped piece of equipment ranging from 5 pounds to 20 pounds that can be used in similar ways as kettlebells and dumbbells. They're different, fun to use, and can be quite effective if used properly. 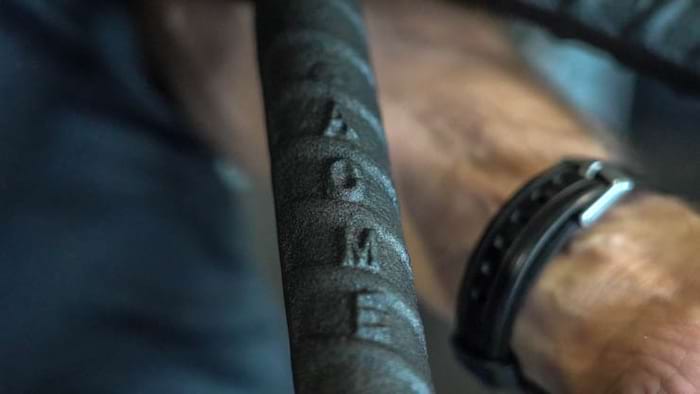 Acme Sledgeworks has been coming up with some cool pieces of equipment (I especially like their sledgehammers.) With the growth of the home gym market, more companies are able to come up with innovative pieces of equipment and the Triads are a great example of this.

Are they better than dumbbells or kettlebells? Not necessarily, but I don't think that's the aim of the Triads. They're designed to add some variety to your training. They certainly aren't going to replace kettlebells or dumbbells, largely due to the weight increments, but they're a nice option to have and can be used in ways that Dumbbells and Kettlebells can't. 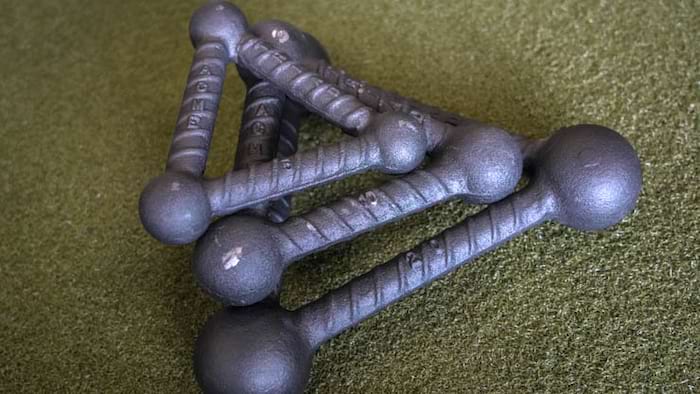 The build of the Triad's is pretty simple. They use three pieces of thick rebar that are welded on each end to cannonballs. The triangle is then powder coated, baked, and comes out an Acme Sledgeworks Triad.

In addition to the standard rebar and cannonballs, branding and weight increments are included on the rebar parts of the equipment. Once you get the Triad's in your hands, you start to realize they are handmade. Not the small imperfections point to the fact that unlike a lot of gym equipment, Triad's aren't made on an assembly line but are crafted by their founder. This is pretty unique for fitness equipment and is pretty cool to see.

Once we examined the build quality of the Triad's, we decided it was time to test them in training. First off, having multiple places to hold is awesome. Seriously, if nothing else, being able to hold the Triad's for close grip press burnouts, behind the neck tricep extensions, and steering wheel squats (squats with the weight held at arms length) was pretty cool. 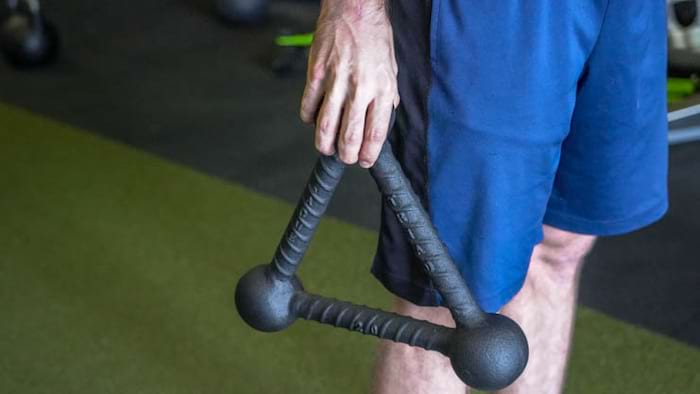 For some of the older and less powerful clients at my personal training gym Intentional Fitness & Performance, we used the Triads for farmer's carries, swings, and even presses (the feel similar to pressing with kettlebells.)

We were a little worried when we first received them how many different exercises we were able to use them for, but it ended up being quite a few. 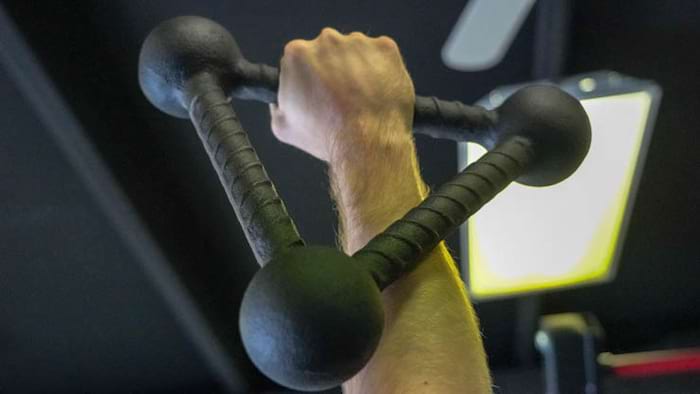 The biggest downside we found with using the Triads was their low weight increments. This is obviously largely dependent on the strength of the individual using them, but we would have liked to see them as heavy as 100 lbs or more. That would be difficult due to their shape, but because of their versatility, we just kept wanting to use them for things that 20 lbs was a bit light for.

The traingle-shape of the Triads is pretty nice to use, however. Instead of having just one handle like kettlebells and dumbbells have, you now have three to choose from and using two at once with curls and presses feels awesome thanks to the angle of the handles. 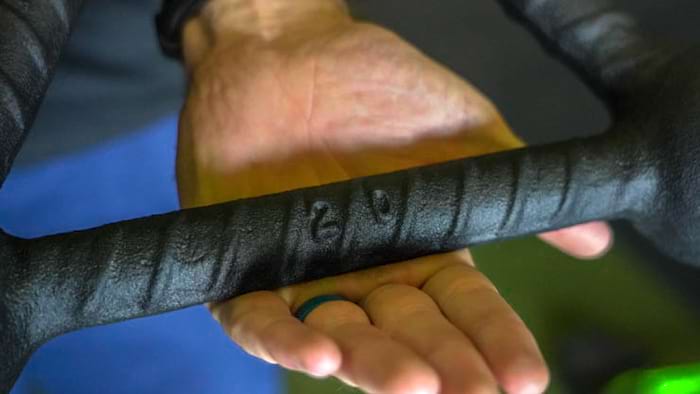 In addition to using the Triads with the handles, they can be held by the cannonballs to increase the amount of grip used while training with them.

Although the rebar adds to the industrial look of the Triads, it also increases the grip to simulate somewhat of a knurling pattern that you'd find on a barbell. It's unique and works well, so we're fans. 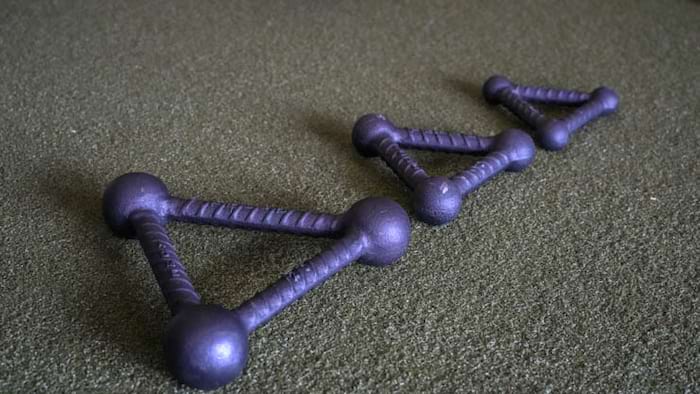 The biggest issue besides the lack of heavier weights with the Triads is the price. Due to them being handmade from a small company in the USA, they're pretty expensive. Although they're probably a bit out of reach for the typical home gym owner, anyone that wants to add versatility to their training would really enjoy using the Triads.

Although the Triads are pretty fun to use, there are a few things we'd like to see Acme Sledgeworks improve with them.

First off, and most notably is the price. Yes, they're handmade in the USA, but for the weight increments they are a bit spendy. We're hoping that as they get more popular, they'll be able to lower the price. 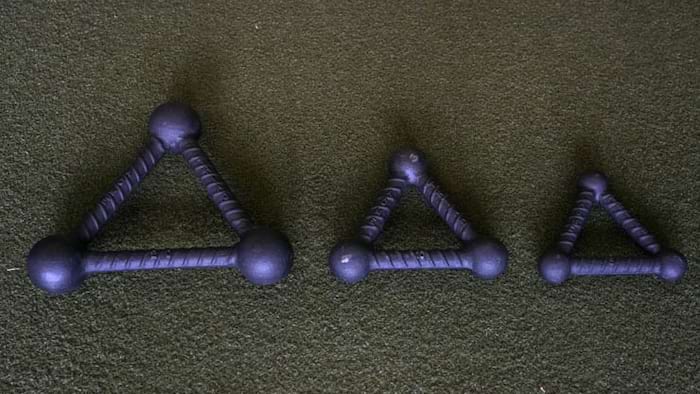 Next, as mentioned in the review, we'd like to see heavier weights be made available. Most people using the Triads are likely using them with two hands and would appreciate having heavier weights available for purchase.

Finally, we noticed the powder  coat was chipped in a couple of places on the Triads we received for review out of the box. This could mean it will chip even more in the future, although it may be a one-off incident.

The Triads from Acme Sledgeworks are a triangle-shaped "dumbbell" that can be used in a similar fashion as dumbbells and kettlebells with some unique advantages. We love the use of unconventional equipment to increase engagement and interest and training and the Triads hit the nail on the head in this area.

Acme Sledgeworks Triads
(6 ratings & reviews)
Tha ACME TRIAD bundle package is a great deal on the 5, 10 and 20 lb cast iron combo. This is  the perfect package for one or several users offering varying weight for different regiment intensities and needs. And they look really awesome stacked!

The Kensui EZ-VEST is a weighted vest that utilizes Olympic weight plates instead of vest plates to allow incremental loading on bodyweight movements as well as a tremendously high max load of 225 LB. After testing the PRO and MAX models for pull-ups, push-ups, sit-ups, dips, box jumps, and other movements over the past two months, we highly recommend the EZ-VEST. It’s quite different from traditional weight vests and it’s not great for every movement/workout (running wasn’t great,) but it excels in areas where most weight vests don’t. Read More

The Exxentric kPulley2 is a flywheel training machine that is deceivingly simple in its operation, but brutal in its application. Although there are other flywheel machines available, Exxentric is by far the leader and the kPulley2 can add a ton of variety to any home gym, if you’re willing to spend the money. Read More 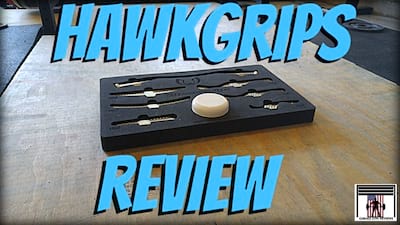 HawkGrips are IASTM tools that are made of stainless steel and some of the best available. They're high-quality, incredibly useful, and beautiful. We highly recommend them to practitioners and people that like nice bodywork tools. Read More